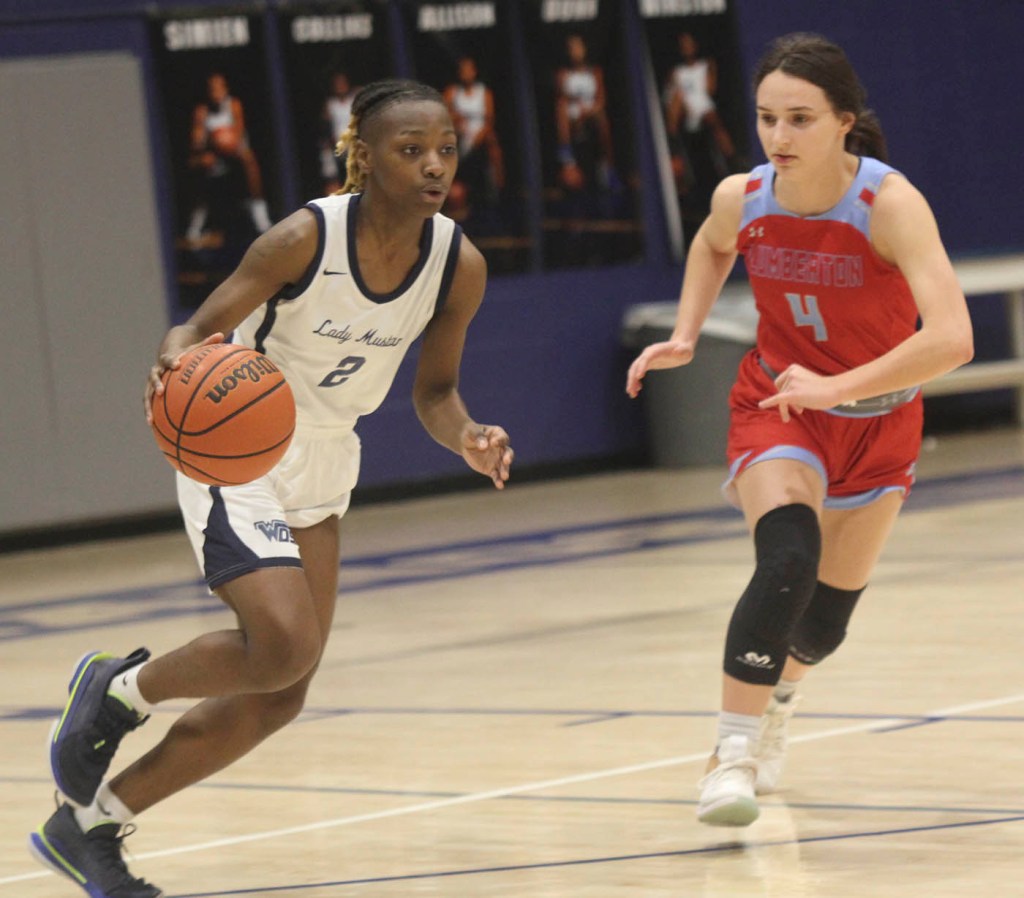 WEST ORANGE – In a tale of two halves, the Lumberton Lady Raiders were able to hold off the West Orange-Stark Lady Mustangs 51-47 in District 22-4A action at Mustang Gym Tuesday night.

Trailing 25-13 at halftime, the Lady Raiders (1-0) in district, applied full-court pressure on the Lady Mustangs (1-1 in district) in the third quarter to explode on a 18-5 spurt to grab a 31-30 lead heading to the fourth quarter.

The Lady Raiders led by as much as eight in the final quarter and were able to thwart off a couple late rallies by the Lady Mustangs to hold on to the win.

The Lady Raiders forced WO-S into 34 turnovers on the night, 21 coming in the second half and 12 in the third quarter.

Aniah Henderson had another big outing for the Lady Mustangs as she filtered in a game-high 22 points.

After scoring just two points in the first half, Lady Raider standout Ocean Ling exploded in the last 16 minutes as she poured in 18 points in the second half, eight coming in the third period and 10 more in the crucial fourth. She also had five rebounds.

The Lady Mustangs were down 7-4 early in the first quarter but tallied the last seven points to go up 11-7 by the end of the period.

The Lady Raiders finished with 19 turnovers and struggled from the free-throw line, going just 10-of-25. The Lady Mustangs were just 7-of-14 from the charity stripe.

The Lady Mustangs will visit Jasper in non-district action Friday and will visit Kirbyville on Monday before hosting their Lady Mustang Tournament Dec. 28-30.

Coach Thompson hanging up his whistle after glorious run…