Three in Vidor arrested during execution of search warrant 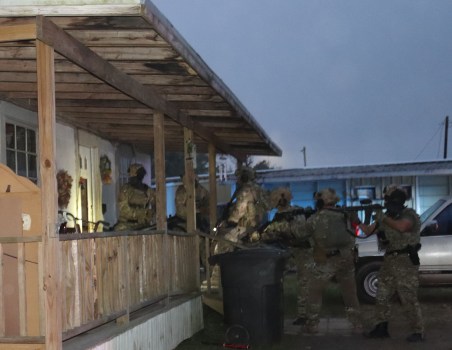 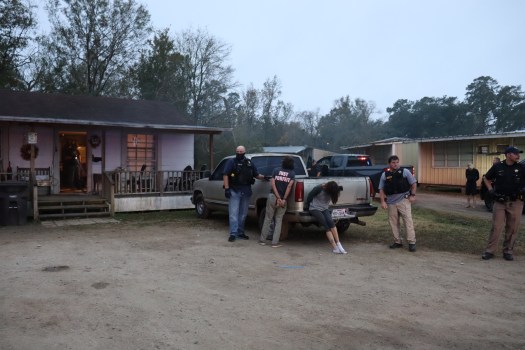 On Thursday, December 9, 2021, the Orange County Sheriff’s Office Narcotics Division, with the assistance of the Orange County SWAT Team, Orange County CID, and Vidor Police Department executed a narcotics search and arrest warrant in the 500 block of Ivy Lane, Vidor, Orange County, Texas.  This search warrant was obtained after a lengthy investigation into the distribution of heroin and Hydromorphone (Dilaudid) in the Vidor, Texas area.

Amounts of heroin, hydromorphone, methamphetamine and carfentanil were located inside of the residence.  Carfentanil is approximately 10,000 times more potent than morphine and 100 times more potent than fentanyl.  The presence of carfentanil in illicit U.S. drug markets is cause for concern, as the relative strength of this drug could lead to an increase in overdoses and overdose-related deaths, even among opioid-tolerant users.

After the investigation, Brian Wayne Keenon was charged with the following:

Two other occupants, Annett Pruitt and Justin Bushman, were arrested for Possession of Drug Paraphernalia.

The Orange County Sheriff’s Office would like to thank the Orange County District Attorney’s Office, Honorable Judge Parkhurst (260th District Court), and the Vidor Police Department for their assistance in this investigation.