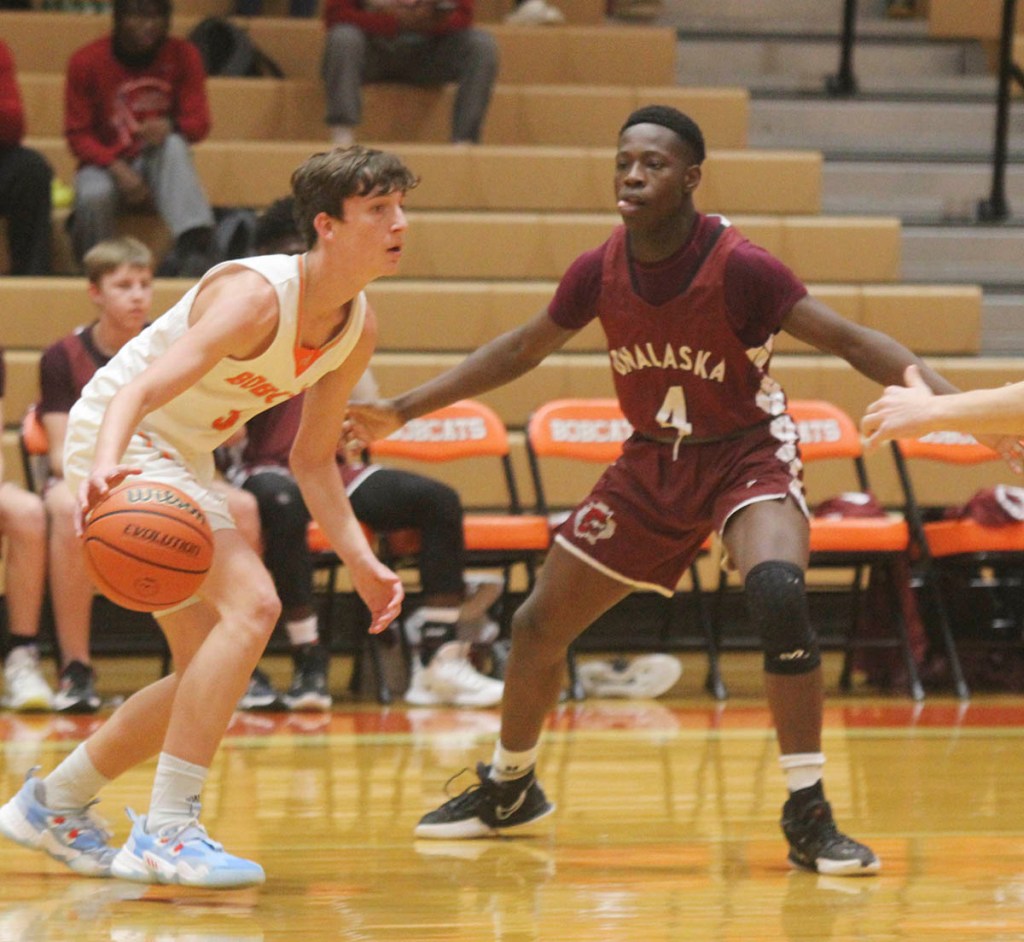 Van Wade/Orange Leader Orangefield's Pete Ragusa looks to get past the defense of Onalaska's Darius Owens Thursday at Bobcat Gym.

ORANGEFIELD – The Orangefield Bobcats motored past Onalaska 69-45 in their first game at their own Bobcat Tournament Thursday.

The Bobcats finished with a 32-22 rebounding edge. Onalaska had 23 turnovers while the Bobcats had 19.

Orangefield was a solid 13-of-16 from the free-throw line while Onalaska was 8-of-14.