Cardinals split a pair of games at Bobcat Tournament 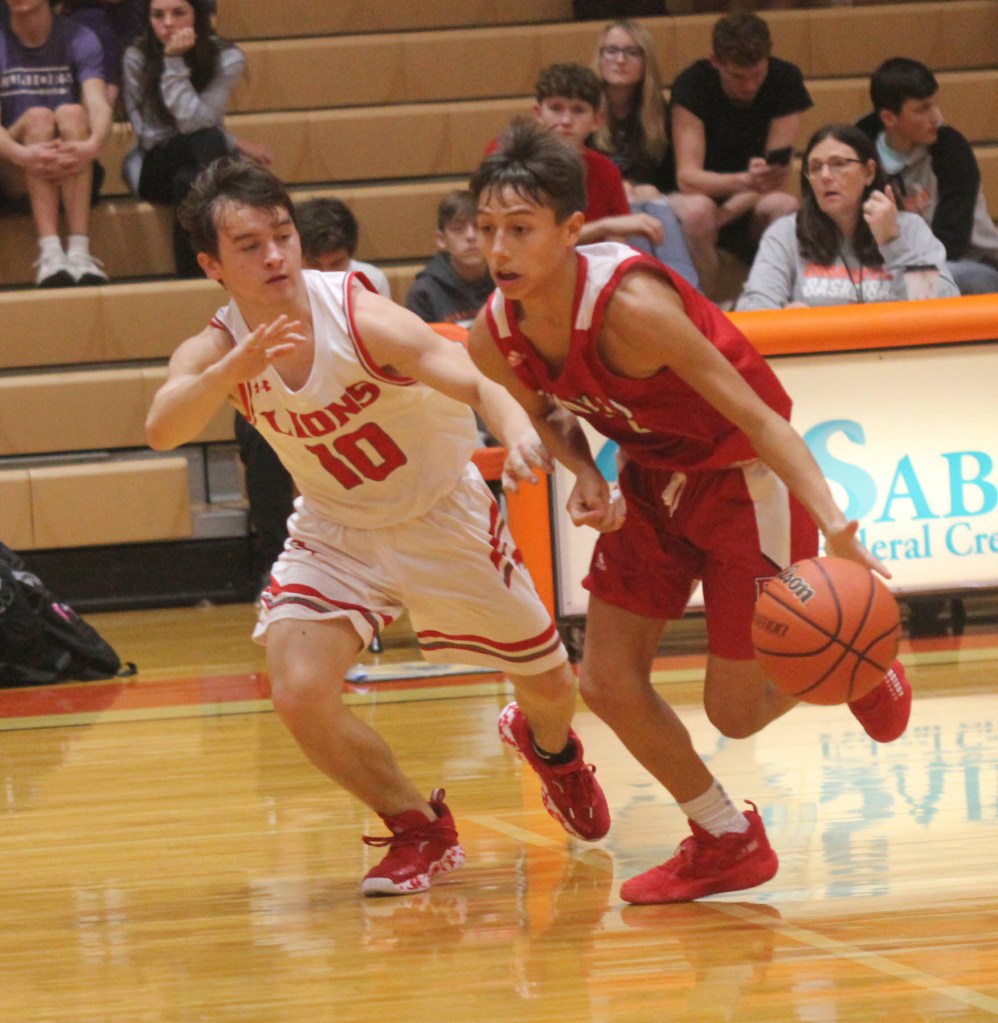 Van Wade/Orange Leader Bridge City's Aiden Guiterrez dribbles past the defense of Ponder's Clay Akins in the first half Thursday at Bobcat Gym.

ORANGEFIELD – The Bridge City Cardinals split a pair of games at the Orangefield Tournament Thursday.

The Cardinals downed the Buna Cougars 49-41 in a morning game and then dropped a 54-42 decision to Ponder later in the afternoon.

Against Buna, Aiden Guitterrez led the Cardinals with 14 points. Ethan Oceguera chimed in with 12 points and Walker Britten had nine.

The Cardinals dug themselves an early hole against Ponder and trailed by 10 before making a nice rally in the third quarter to trim it to 39-33. Ponder managed to pull away with a 15-9 run in the fourth quarter.

Oceguera had 12 points and eight rebounds for the Cardinals. Britten fired in 12 points as well. Guitterrez had nine points while Lincoln Breaux had five rebounds.

Ponder finished with a 26-23 rebounding edge. The Cardinals had 18 turnovers while Ponder had 14. Bridge City was 3-for-5 from the free-throw line while Ponder went 4-of-6.