What Made Orange Great: Mayor Link and the Bond Election 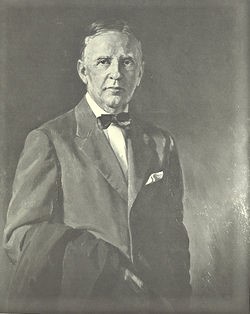 John Wiley Link was the mayor of Orange when the largest and most important bond election to that date was held. Link was the most progressive mayor that Orange had seen in its history. Link wanted to build Orange to the level of some of the larger, prosperous cities in Texas. To do that, the city needed  money, so a bond election was held. Link had campaigned vigorously in favor of the election.

The election was held in May 1902. The results of the election were announced, Ward One totaled 88 votes for, two against. In Ward 2 the vote was unanimous with 156 votes cast for the bond. The smallest voting box was Ward 3 where 24 votes were cast for, with two votes against. The total was 218 votes for, four votes against.

In an interview after the election, Mayor Link stated, “Perhaps not in the State of Texas has a bond issue proposal ever received such a near unanimous vote and I believe that the citizens of Orange are prompted  solely  by one desire, and that is to do what is necessary to improve the city. These bonds will be issued and placed on the market. In the meantime, the work of improving will proceed and arrangements will be made so the city can secure the money to go along with the improvements just as though the bonds were sold.”

There were 25 miles of city streets to be graded and put in good condition. There were two wooden bridges across the marsh which were in “abominable” condition. They would be removed, rebuilt, and replaced with vitrified tile.

Large barges loaded with shell were to be brought in as soon as possible and Fifth Street from Green Avenue to around the New Holland Hotel was to be shelled and graded. Fourth Street would be shelled at least as far as Green Avenue. Green Avenue was to be graded and shelled from the river to the Southern Pacific depot.

Property owners were to be charged a low assessment per foot for curbing to be laid along their street frontage.

“It will be our policy to have uniform sidewalks neatly graded and of uniform width, free from mudholes. This we shall insist in all localities.

Drains will have to be run from the premises to the streets, wooden crossings will be torn out and vitrified tile put in their place.

The cost to the property owner will be six cents per foot. If the sidewalk is 10 feet wide, it would only cost the owner sixty cents to reach the drain that runs into the street and as each owner only has one or two drains, the expense would not be more than he could bear,” stated Link.

The City Council was getting ready to appoint a “City Scavenger.”

The Scavenger would make regular rounds and visits to all premises in the city to inspect and clean up as needed. The hope was that the city could be placed in a perfect sanitary condition and people would not be forced to go out and beg someone to clean as they were presently having to do.

An ordinance would be passed about cleaning and those who refused to have their pace cleaned would be “summarily dealt with.”

The city council was serving “with little compensation”, they had the welfare of the city at heart.

“It is the absolute duty of every citizen of Orange to co-operate in every way with the body of men in whom we have conveyed power to act for all of us,” stated the council.

“We are for one time magnificently united with but one object in view—to operate and beautify our city. If we continue in this manner, we shall win the admiration of the world and we shall be enabled  to do anything we undertake.

Since I have been mayor, I have received more encouragement from the ladies of the city than from any other source. They seem to be ambitious to see the improvements go forward and it makes me realize more than ever they are the power behind the throne. We want the cooperation of the ladies on this question of public improvements, their influence on their husbands is sure to show good results,” Link stated.

With tongue in cheek, Link further replied, “Tell the ladies to either convert their husbands to the opinion of public improvement or quit them, for the man who is not in favor of seeing his community march to the front rank of progress is not a fit citizen to be amongst us.”

The Orange Daily Tribune wrote: “Orange stands upon a pinnacle of prosperity never before in all her interesting history. Our internal development is simply marvelous while the outside world is looking upon us with wonder that a community of our size should be so astonishing active. But what will continue to develop all along all lines bringing new industries and improving generally until we shall be the envy of the entire state. We have the possibilities, the energy, the money and the brains. Show us a city accomplishing half what we are doing, and we will show you a second Orange.”

Link continued to strive to see improvements in Orange, not only is streets, drainage, and sanitation, but anywhere else he thought Orange could be improved.

After graduation from law school at Baylor University and spending time with a law firm in Amarillo, Link had moved to Orange in 1895.

In 1900, Link had been elected mayor and began his campaign to improve and promote Orange. In 1903 there was a movement to vote Orange dry and prohibit  the sale of alcohol in the city. Link campaigned to keep Orange “wet” because he needed revenue from the saloons to operate the city. The vote to prohibit alcohol passed. Believing he would not be able to operate the city in the manner he wanted to and continue to make improvements he wanted to make, Link resigned as mayor.

In 1905 he partnered with Leopold Miller and formed the Miller-Link Lumber company. In 1910, he sold his interest in the company to Miller and moved to Houston.

In Houston, he became a developer. His major project was to develop the Montrose area. He built a mansion on Montrose and Alabama streets. In Orange, he had built an opulent mansion on the corner of Ninth Street and Green Avenue.

The Orange mansion was sold and later was obtained by the Presbyterian church. It was used as a day school. The mansion stood until 1958.

The mansion in Houston was sold and eventually became the property of St. Thomas University. The home was converted into the administration building for the university and remains in that use today.