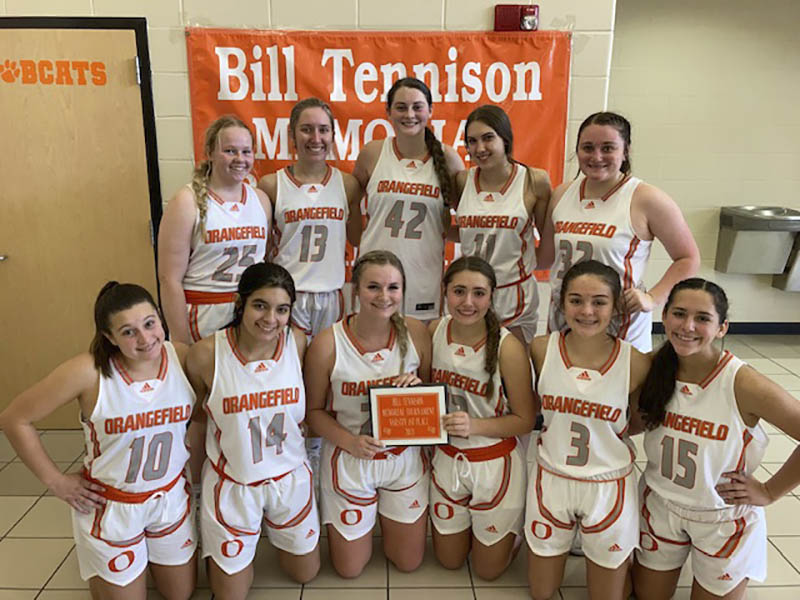 Thursday they took on the Vidor Lady Pirates. It was a team effort as they were victorious with a 35-23 win. Madison Greenway was the star of the game, with 10 points, 3 rebounds, 1 block and 4 steals. Harleigh Rawls added to this victory with 7 points, 5 rebounds, 2 assists and 2 steals. Other team contributors were Jolie Ponfick with 6 points, 2 assists, 3 rebounds while Jacelyn Newman had 5 points, 2 blocks, and 3 rebounds. Kaylea Gravett also pitched in 4 points.

Friday the Lady Bobcats faced 2 different teams. They began their day with a triumphant win over the Deweyville Lady Pirates. Greenlea Oldham had a great game with 8 rebounds, 5 steals, and 2 blocks. She also was the game high scorer with 14 points. Nipping at her heels with points was Harleligh Rawls who slid in 11 points. Jolie Ponfick was impressive with 5 rebounds, 2 assists, and 2 steals along with 7 points. They had 3 ladies who chipped in 6 points each. Jacelyn Newman also added 5 rebounds and 1 assists, Madison Greenway with 6 rebounds and 2 assists, and Kenadie DuBois with 3 rebounds and 1 steal.

Later in the night, the Bobcats dominated over the Lady Bulldogs of Nederland. The match was full of high intensity. There were three ladies with double-digit points. Greenlea Oldham showed her power with an effective 18 points and 10 rebounds. Harleigh Rawls had 16 points. Jolie Ponfick had notable 15 points, 2 assists, 5 rebounds, and 3 steals. Kenadie DuBois was also in the spotlight chipping in 7 points and 2 rebounds. The final score of 57-28, reflected their team efforts and stamina.

Coming off of the high of an intense game and victory, the Lady Bobcats showed up Saturday morning ready to secure their title in the tournament. They defeated PNG Lady Indians 40-26 in another team effort. Greenlea Oldham led the team with 15 points, Jolie Ponfick added to the victory with 8, Madison Greenway with 7, and Harleigh Rawls with 6. Jalyn Alfaro also pitched in for 4 points in the final victory of the weekend.