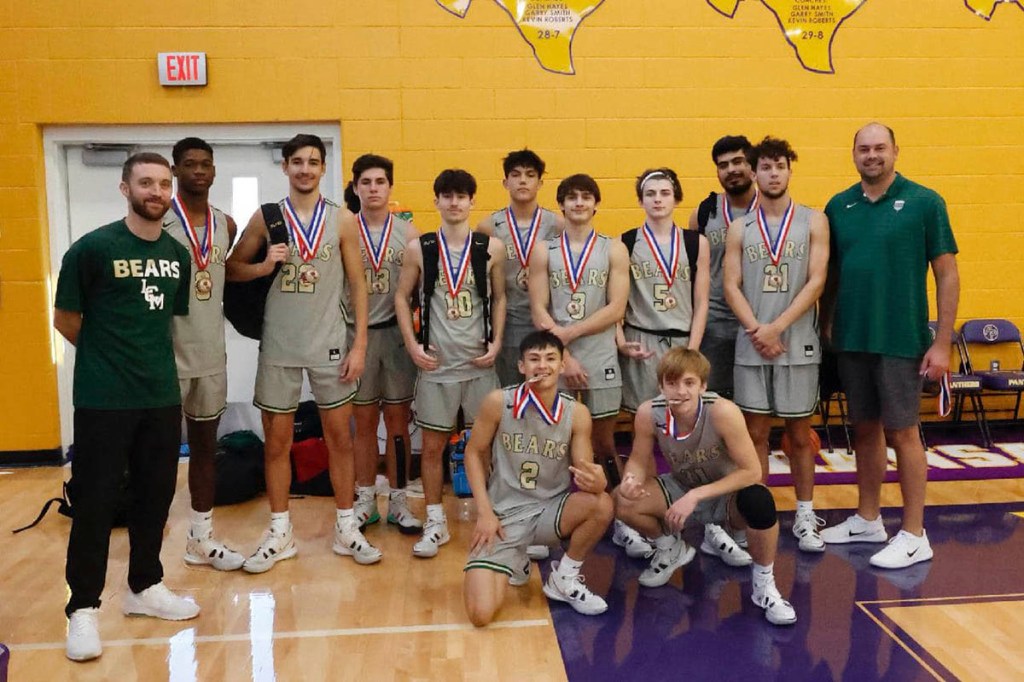 The LC-M Bears captured a solid third-place finish at the Best of the Bay Tournament at Aransas Pass over the weekend.

The Bears (7-3) opened with a 77-50 victory over Rockport Fulton. Ben Elliott led the way with 29 points while Noah Fuller had 12 points and Miguel Molina 10.

The Bears dropped a tight 42-41 decision to Zapata in their second game.

They bounced back nicely with a 64-49 win over Aransas Pass as Elliott had a huge game, notching 44 points while snagging 12 rebounds.

The Bears then fell to CC West Oso 51-39. Elliott notched 16 points while Molina had seven points and 14 rebounds.

The Bears nailed down the third-place trophy with a 62-42 win over Rockport Fulton.