Helping create Christmas magic one toy at a time 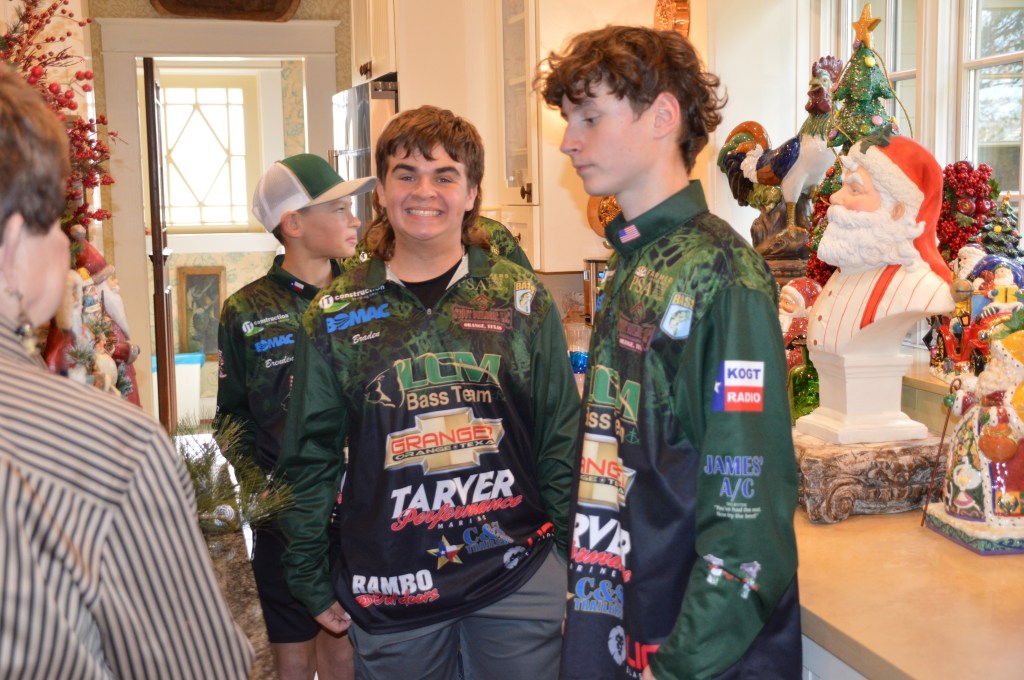 Dawn Burleigh/Orange Leader Members of the LCM Fishing Club tour Burch’s home for the annual Toy Coffee on Thursday. After the tour, the teams helped with the event.

A tour through the Burch’s home on Thursday was definitely a way to get into the Christmas spirit as there were trees, Santas and nutcrackers everywhere one turned.

Toy Coffee Chairperson Patsy Kemp said this would be her final year to chair the event which everyone looks forward to each year.

“How many trees are there?” someone asked homeowner Paul Burch during the event.

“That is like asking how many nutcrackers,” Raul said with a smile.

One room was dedicated to an extensive collection of the whimsical character.

Nutcracker dolls, also known as Christmas nutcrackers, are decorative nutcracker figurines most commonly made to resemble a toy soldier. In German tradition, the dolls are symbols of good luck, frightening away malevolent spirits.

One woman commented she loved the collection and was just starting her own.

Ornaments brought for the homeowners were quickly added to one of the many trees on display.

Toy Coffee, an event of the Service League of Women to benefit the Salvation Army, is held on the first Thursday in December.

The homeowner has to supply information such as the history on an item, the significance of a collection or the sentimental value on items in each room.

The Service League of Orange helps bag up the toys with the Salvation Army to be handed out. This year, they will spend two days sacking up the toys so they can be delivered before Christmas.

The Service League of Orange began in 1954 with 24 charter members.

In the early years, the women distributed Christmas Baskets to families and toys for children.

Now, with the Toy Coffee benefit, toys collected as an admission, go to the Salvation Army as well and are handed out to Orange County children that may not have received anything if not for this event.  Toy Coffee is the sole responsibility of the Service League members and is well worth the time and effort to ensure children of Orange County have something under the tree on Christmas Day.