Mustangs all set for China Spring, a look at the Cougars 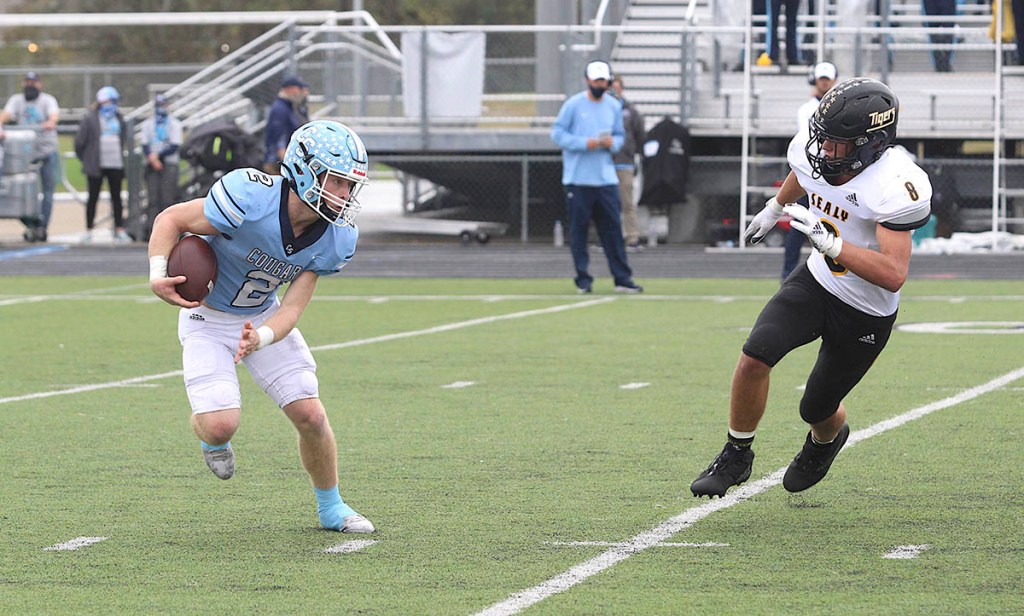 The win over the Brahmas marked the 10th time in 11 years that the Mustangs have reached at least the Regional Finals in Coach Cornel Thompson’s run as the head coach.

Now the Mustangs (11-1) will look to slow down the red-hot China Spring Cougars (13-0) in the 4A Region III Division ! Regional Finals Friday at 7 p.m. at Tomball High School.

It was a nice revenge win for the Cougars, who fell to Carthage 52-14 in the Regional Finals last season.

This week it will be the Mustangs seeking some payback. China Spring downed the Mustangs 35-22 in the area round last year. The Cougars bolted out to a 35-7 halftime edge in that one. However, the Mustangs were without eight key players, who sat that one out due to Covid protocols.

The Cougars have a tremendous leader in quarterback Major Bowden and makes everything go for China Spring. He likes to run the ball and get on the edges and has a nice option game and he can also get loose up the middle.

The Cougars love to run the ball but Bowden also can through it with accuracy as China Spring likes to set up the passing game, especially on second or third down and short.

He has two go-to receivers in Tre Hafford and Isaiah Williams. Dawson Exline is also a solid back in the backfield.

Exline also headlines the Cougar defensive front. Brayden Faulkner has been a load at middle linebacker.

The kicking game could be a huge factor as well. Last season the Mustangs got behind early as they muffed three kicks by the Cougars, setting China Spring’s offense up in short-field situations.

The winner of the WO-S-China Spring battle will face either Cuero (12-1) or Navarro (10-2) in the Regional Finals next week.