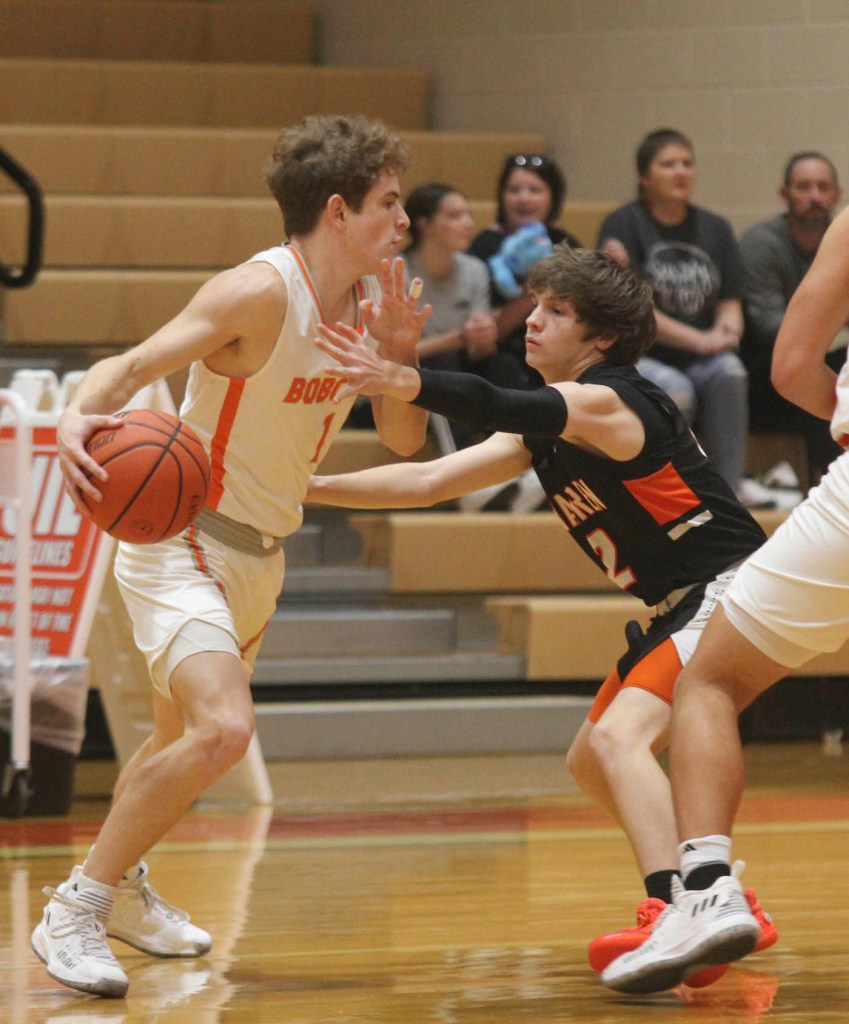 ORANGEFIELD – Utilizing their full-court pressure from the opening tip proved nice dividends for the Orangefield Bobcats as they cruised to a 74-35 victory over the Warren Warriors at Bobcat Gym.

The Bobcats (4-2) forced the Warriors into 14 of their 39 turnovers in the first quarter, enabling them to zip out to a comfortable 26-12 lead at the end of the period as they never looked back.

Every Bobcat saw some nice playing time as well in the big victory.

Maddox bruised his way inside for 17 points, nine of them coming in the Bobcats’ big first-quarter run. He also finished with six rebounds. Sampson collected nine points and a game-high 10 rebounds.

Guards Payton Wrinkle and Pete Ragusa teamed up for 24 points with Wrinkle scoring 14, nine of them coming in the first quarter, while Ragusa chimed in with 10 points.

The Bobcats closed out the game with 36-12 run in the second half.

The Bobcats will head to the Evadale Tournament Thursday through Saturday.