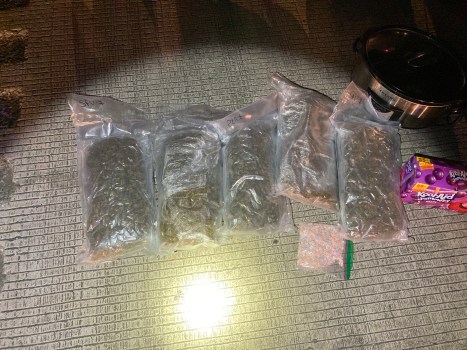 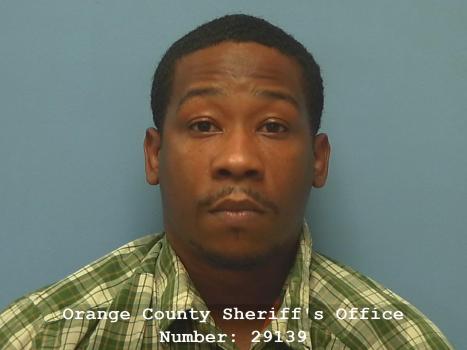 On Tuesday, November 24, 2021, at approximately 12:38 a.m.,  Orange County Sheriff Jimmy Lane Mooney was monitoring traffic as he was traveling eastbound on Texas Interstate 10, near the 864 mile marker.  While doing so, he observed a brownish dark colored 2015 Nissan Altima traveling eastbound in front of him.

He observed the vehicle failing to maintain a single lane of travel as well as speeding and decided to conduct a traffic stop of the vehicle due to his observations.

Upon conducting the traffic stop, Mooney began speaking with the driver, and sole occupant of the vehicle, later identified as Henry Lee Holmes, 32.  While speaking with Holmes, Mooney observed several indicators which lead him to believe there was further criminal activity afoot.  Mooney then requested consent to conduct a search of the vehicle and was denied consent by Holmes.

Mooney then requested the assistance of the Beaumont Police Department K-9 Unit, who arrived a short time later.  Upon the arrival of the K-9 Unit, the K-9 gave a positive alert to the presence of drugs in the vehicle and a probable cause search was completed on the vehicle.

The search of this vehicle revealed approximately five pounds of marihuana, a bag of an unknown type of pills, and a .38 caliber revolver.

Holmes was later arrested for a felony possession of marihuana along with unlawfully carrying of a weapon.  The unknown pills were also submitted as evidence for testing and further charges could be filed at a later date.

The Sheriff’s Office would like to thank the Beaumont Police Department for their assistance in this arrest.