OPINION: THE IDLE AMERICAN- With Will there was a way 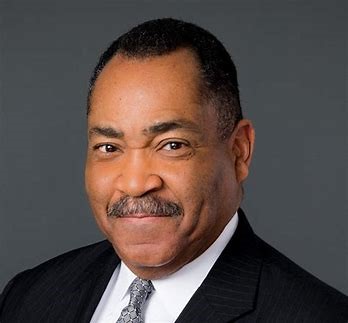 Oh, that the inimitable Will Rogers were alive today. The need for his disarming smile and positive spirit helped Americans survive the Great Depression. He’d go a long way today in bringing people together as mounting challenges blot out our better acts and kinder nature.

Even Will might not know where to start. An introductory rope trick wouldn’t help.

I think he would still contend that all he knows is “just what he reads in the papers,” still claiming that to be an “alibi for ignorance.” Today, he’d exclude a significant number of so-called newspapers, and who knows what he’d do with social media?.

I’m pretty sure he would never claim that all he knows springs from computer screens, smart phones and virtually all politicians. (He might even call for term limits.)

I’m in that crowd believing that most journalistic integrity resides largely in the hearts and minds of many traditional news sources, particularly the local ones.

I admit, however, that many social media platforms serve folks who are bent on squeezing every detail possible on many subjects. I’m satisfied to use it to keep up with friends and former students across a 40-year career in higher education, plus glean occasional bonuses of laughs and/or inspiration.

Successfully crediting social media sources is difficult. Often, the best we can hope for is giving credit to whomever posts items, original or not.

Following is a Facebook post by former WFAA-TV news anchor, Dr. John McCaa, who was to a region what Walter Cronkite was to the nation. He was a no-nonsense news personality, worthy of trust and admiration.

His humanity shone through with a winning smile, and his posts are from the mind of a trusted news authority. Many of them elicit thigh-slapping laughter. Here’s a caption he recently posted under a dog photo: “After listening to his owner drone on for hours, Ralph decided he wasn’t cut out to be a support dog after all.”

Gone are the days when friends greet us with, “Have you heard the joke about?” I don’t remember the last time a friend shared one.

What people say and do continue to be worthy of smiles. For example, during my growing up years, sand laden with uranium was credited for being a cure-all. Folks hurried to locales far and wide, eager to rent “sitting spots” in the storied sand. The best sand, many contended, was miles away, sometimes in contiguous states.

And whatever happened to Aggie jokes? Some of them annoyed a few Texas A&M graduates who thought the jokes were “rotten to the corps.” Analysis of Mississippi State’s recent upset of the Aggies in football led to responses that could become Aggie jokes.

One die-hard fan thinks the loss may be attributed to Coach Jimbo Fisher’s mental acuity being compromised because he recently received the COVID-19 vaccine. He contends that the vax sometimes increases mental fog and confusion.

Most studies reveal, however, that such lingering “brain fog” is limited to a few recovering COVID-19 patients.

All I know is that the list of excuses used for game losses continues to grow.

The longer I live the more I realize that on my “know and don’t know” scales, the latter is the heavy weight.

This Thanksgiving, I am thankful to the Almighty for sparing my life, and for my family, defibrillators, stents and health care professionals. I’m comforted by memories of folks who made the world a better place, including Will Rogers, Dr. Billy Graham, Kate Smith and Dale Carnegie. Finally, consider this cartoon showing a little girl with a sobering question at her Thanksgiving feast. “Why can’t we be this thankful every day?”