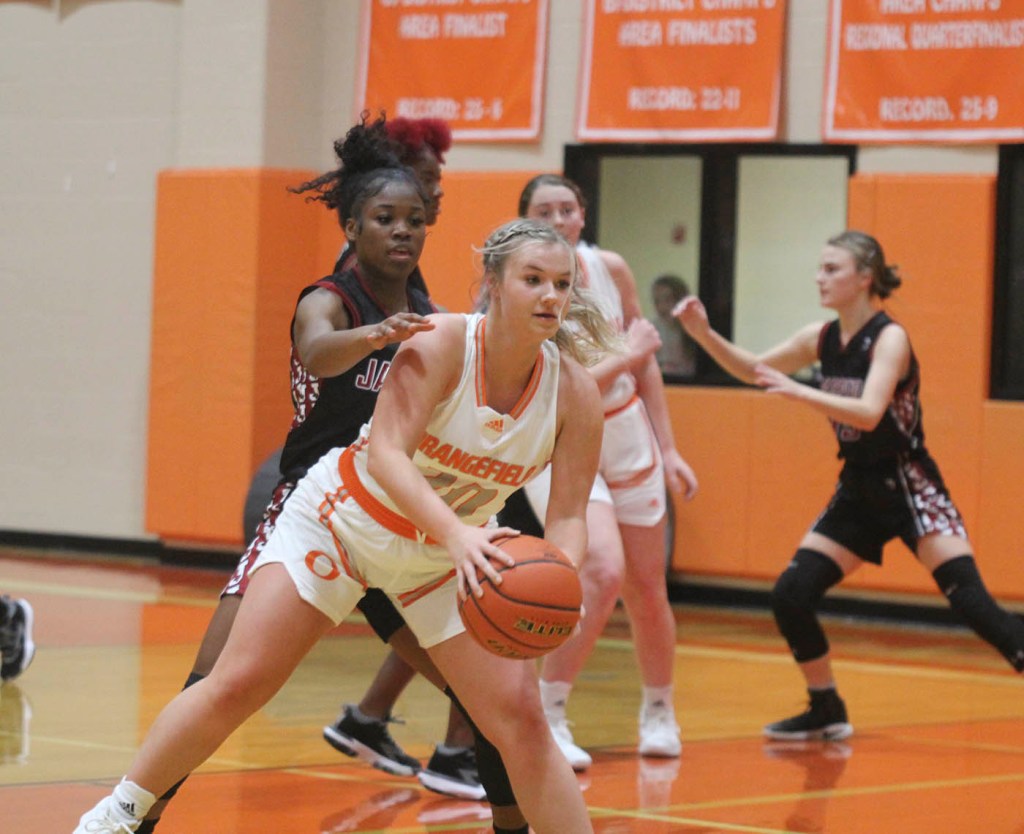 ORANGEFIELD – Too many turnovers, especially in the middle two quarters, proved to be too costly for the Orangefield Bobcats Tuesday as they fell to the Jasper Lady Bulldogs 47-31 at Bobcat Gym.

The Lady Bulldogs forced the Lady Bobcats (6-3) into 30 turnovers, with 21 of them coming in the second and third quarters and Jasper got a big game from post Jakayla Brown.

Brown finished with 21 points and five rebounds for Jasper while teammate Ty’Erica McQueen chipped in with 13 points and seven boards.

The game was tied at 8-8 after the first quarter but Jasper went on a 12-6 in the second period and 11-6 in the third to pull away.

Jasper finished with 19 turnovers and went 20-of-32 from the free-throw line while Orangefield wasjust 9-of-22 from the line.

The Lady Bobcats competed in the Nederland Tournament and went 5-1.

On Friday the Lady Bobcats defeated Port Neches-Groves 41-24. Oldham had 12 points while Greenway had eight points with Rawls and Jolie Ponfick scoring seven apiece. They also took down Liberty 45-37. Ponfick pumped in 15 points while Rawls had seven and Jacelyn Newman five.