Mustangs set to face Bellville, a look at the Brahmas 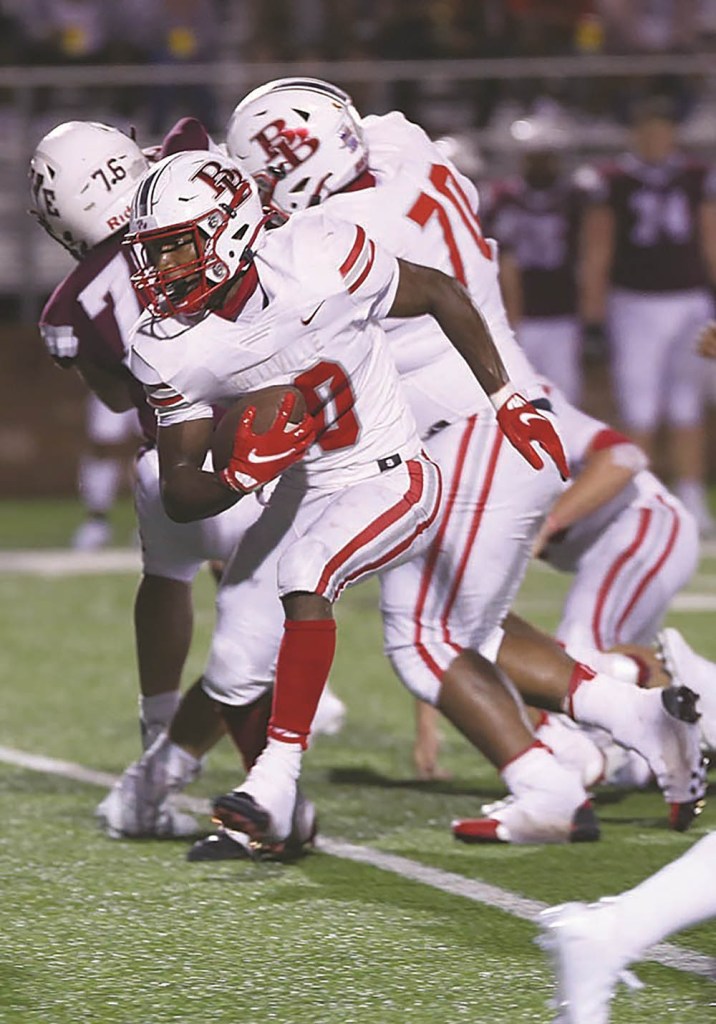 Courtesy Photo The WO-S Mustangs will look to try and corral Bellville running back Richard Reese this week in the playoffs.

West Orange-Stark has passed with flying colors in their first two playoff games this season, including a 20-7 win over rival Jasper last week in the Class 4A Region III Division II area round.

The task will get much taller for the Mustangs (10-1) and long-time head coach Cornel Thompson this week when they face the Bellville Brahmas (12-0) in the 4A Region III Division II Semifinals at Randall Reed Stadium Friday at 6 p.m.

This Bellville team, by far, will be the toughest Brahmas team the Mustangs have lined up against.

Bellville defeated Rusk 41-20 in the area round last week after downing Orangefield 62-14 in bidistrict.

Here is some information about the Bellville Brahmas and what the Mustangs will be facing:

The Brahmas are the District 12-4A Division I champions.

They have outscored their opponents 611-116 for the season, averaging 50.9 points a game while allowing just 9.7. They went 5-0 in district play, outscoring their opponents 247-17.

Bellville is producing 433.8 yards a game, including 377.7 yards a game with their vaunted Slot-T and Wing-T offense.

They have a pair of superb three-year starters in the backfield in running backs Richard Reese and Robert Briggs.

The Brahmas don’t throw the ball a lot. Quarterbacks Reid McCann and Jake Lischka have combined to complete 32-of-64 passes for 673 yards with 10 TDs and four interceptions.

The WO-S-Bellville winner will face either China Spring (12-0) or Carthage (11-0) in the 4A Region III Division II Finals next week.