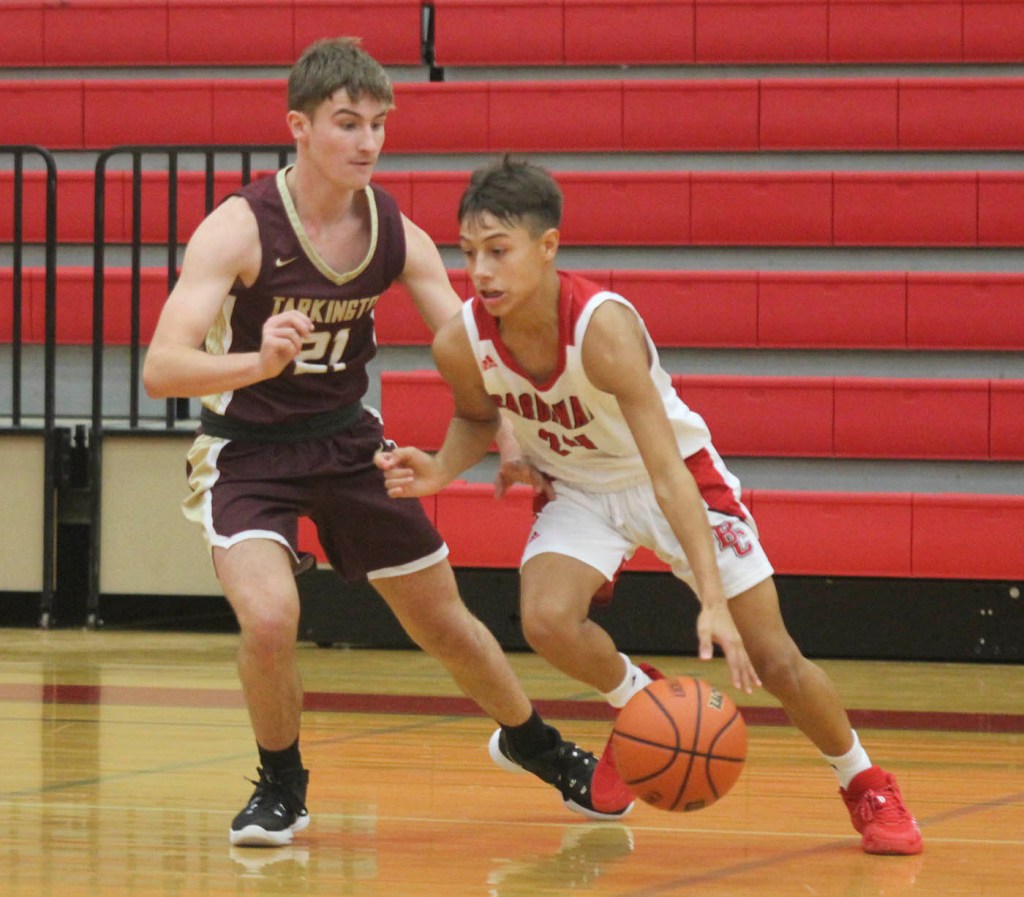 BRIDGE CITY – After racing out to a big first-quarter lead, the Bridge City Cardinals rallied back late to capture a 45-42 win over the Tarkington Longhorns at Cardinal Gym Monday afternoon.

The win was the first one of the year for the Cardinals (1-2), while the Longhorns (3-1) absorbed their first loss.

The Cardinals roared out to a 21-9 lead at the end of the first quarter, nailing six three-point bombs, including two by Rayburn Hebert.

The Longhorns went on a 26-17 tear in the middle two quarters to pull to within 38-35 entering the fourth.

Tarkington then grabbed the lead twice, including 42-40 with 1:37 remaining on a Corey Armstrong putback.

The Cardinals, who had not hit a three-pointer since the first quarter, got a huge one from the right corner by Hebert to go up 43-42 with 1:07 left.

Tarkington than had a couple turnovers and a pair of missed shots down the stretch as Bridge City stepped up its defense. Cardinal guard Aiden Gutierrez helped seal the game with a pair of free-throws with 0:07 remaining.

The bigger Longhorns finished with a 35-25 rebounding edge.

However, the Cardinals forced Tarkington into 22 turnovers while Bridge City had just 16.

The Cardinals 7-of-14 from the free-throw line while Tarkington went 5-of-9.