Battlin’ Bears set for El Campo, a look at the Ricebirds 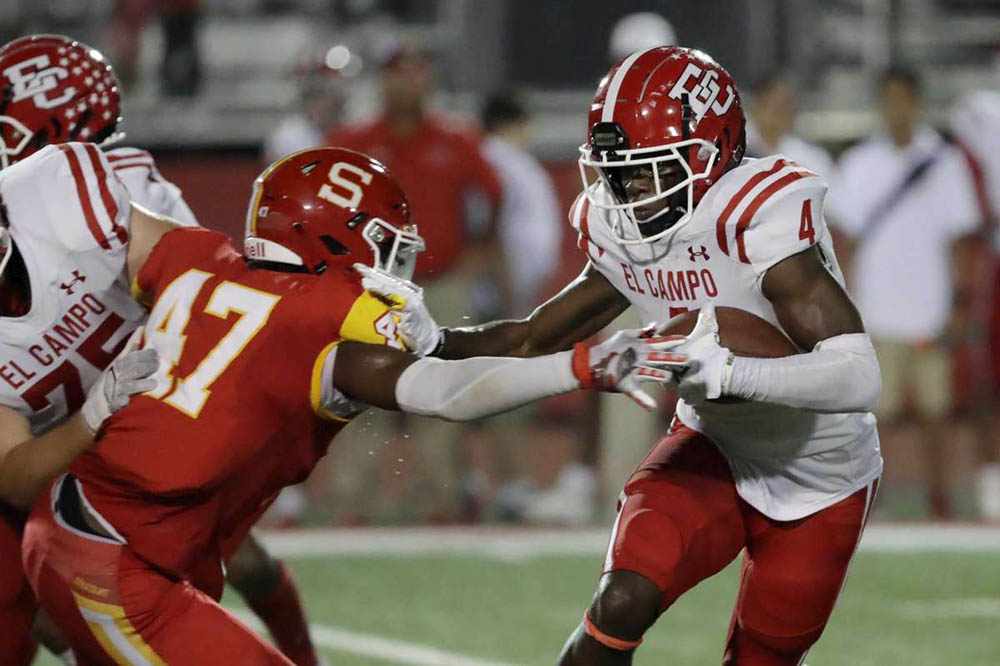 It’s been an amazing season so far for the Little Cypress-Mauriceville Battlin’ Bears as they nailed down their 10th victory of the season with a 42-21 victory over the West Columbia Roughnecks in the area round of the Class 4A Region III Division I playoffs.

Now the Bears (10-2) and first-year coach Eric Peevey will look to slow down the potent El Campo Ricebirds (11-1) in the 4A Region III Division I Regional Semifinals Friday at Woodforest Bank Stadium at 6 p.m. in Conroe.

The Ricebirds defeated Lindale, which made the 4A Division I State Championship game last season, 56-42 last week.

Here is some information about the El Campo Ricebirds and what the Bears will be facing:

The Ricebirds are the District 12-4A Division I champions.

They are definitely led by junior running back Rueben Owens, who has verbally committed to the University of Texas. Owens has gobbled up an amazing 2,787 yards and 43 touchdowns on just 217 carries, averaging 12.8 yards a carry. He is also the team’s leading receiver with 14 catches for 246 yards and two TDs.

Senior running back Johntre Davis runs with authority as well as he has zipped for 1,282 yards and 17 TDs on just 126 totes, averaging 10.2 yards a carry.

Dekorcyes Word has 393 yards and five TDs on 20 carries, averaging 19.7 yards a carry and has 10 receptions for 298 yards and three TDs. Stephen Norman has 396 yards and seven TDs on 58 carries.

The Ricebirds do not throw the ball a lot. Quarterback Isaiah Anderson has completed 29-of-56 passes for 629 yards with seven TDs and three interceptions and he has rushed for 162 yards and a TD on 25 carries.

The winner of the LC-M-El Campo game will face either Kilgore (11-1) or Tyler Chapel Hill (9-3) in the 4A Region III Division I Finals next week.