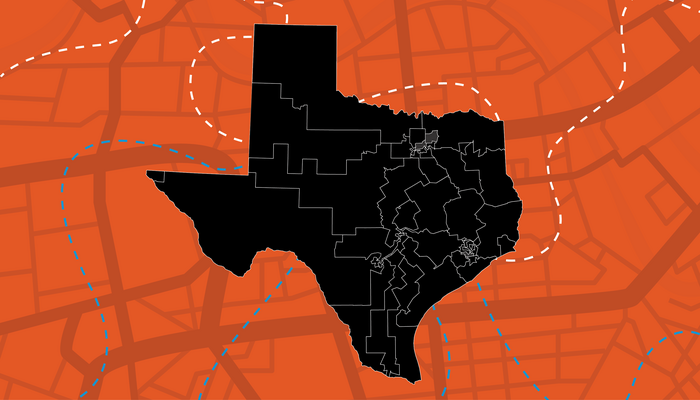 Texas' population grew by 13.7% between 2010 and 2020, with Black, Latino, and Asian American and Pacific Islander residents representing the three fastest-growing groups. (brennancenter.org)

AUSTIN, Texas — Legal challenges are piling up in Texas over newly-drawn congressional and legislative district maps, with the latest alleging they disenfranchise people of color.
The Fair Maps Texas Action Committee filed a legal challenge this week on behalf of a coalition of voting and civil-rights groups and individual voters.
Jerry Vattamala, director of the Asian American Legal Defense and Educational Fund, said despite people of color accounting for 95% of the state’s population boom over the last decade, the new maps appear to be drawn to diminish their influence.
“These lines are essentially silencing them,” Vattamala asserted. “Surgically removing these communities and adding them with white, rural counties to essentially dilute their vote.”
The plaintiffs’ legal team wants a federal court to block the plans from being used and order new maps.
Lydia Ozuna, president of Texans Against Gerrymandering, said the maps don’t reflect the major growth of the Hispanic community and, in her view, intentionally prevent equal representation.
“With the purpose of crushing the hopes and dreams of people of color in Texas,” Ozuna contended. “Give us a chance to have the representatives in our state mirror our communities.”
Noor Taj, voting rights counsel for the Southern Coalition for Social Justice, said the process used by state lawmakers provided few opportunities for meaningful public input.
“The rushed process by which these maps were drawn and passed reflects discriminatory intent,” Taj stated. “People were not given notice to examine the proposed maps and comment. Amendments that would have fixed those issues were rejected.”
David Donatti, staff attorney for the ACLU of Texas, noted redistricting in the state has always been controversial.
“In every decade since the passage of the Voting Rights Act in 1965, a federal court has intervened to deny Texas’ unlawful racial gerrymandering,” Donatti pointed out.