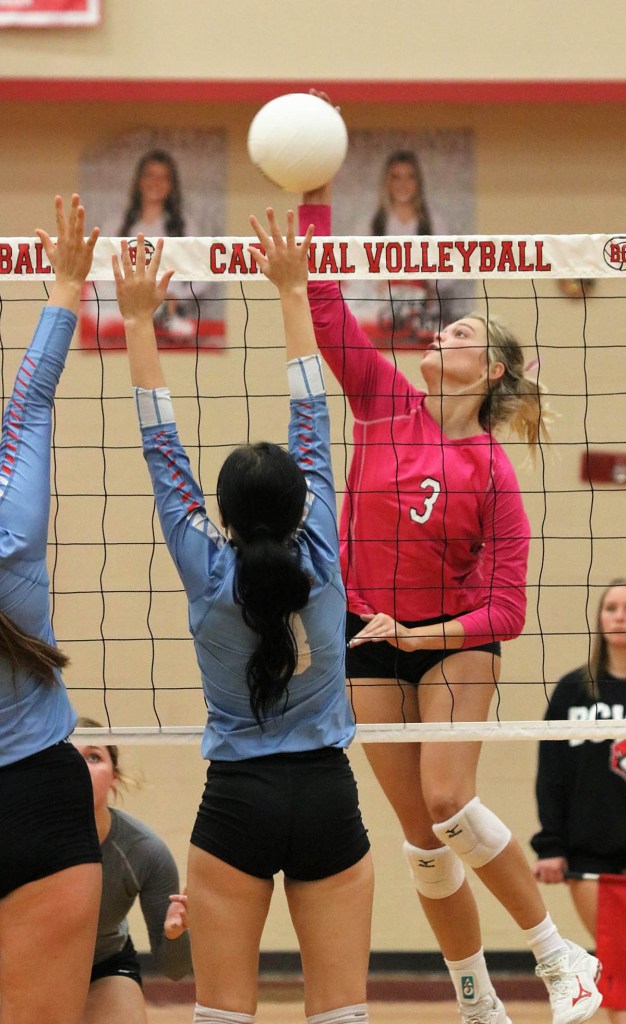 What a tremendous year it was for Orange County volleyball teams as District 22-4A was represented in the playoffs by all Orange County teams in Bridge City, Orangefield, Little Cypress-Mauriceville and Vidor.

The Bridge City Lady Cardinals (39-6 overall) rolled to a perfect 12-0 record to claim their second straight 22-4A crown under the direction of first-year head coach Savanah DeLuna. The Lady Cardinals were a well-oiled machine as they dominated the district and advanced to the Class 4A Region III quarterfinals.

The Orangefield Lady Bobcats battled hard for Coach Ashlee Broussard as they zipped to a 9-3 district record to nab the second-place playoff spot before falling in the bidistrict round of the playoffs.

The LC-M Lady Bears made the playoffs for the third straight season for Coach Rhonda Williams and had a big surge in the second half of district play to nab the third-place playoff berth and a big win over Liberty in bidistrict before falling in the area round.

The Vidor Lady Pirates had a solid season as well as they fought and scrapped well to nab the fourth-place playoff spot.

To remember another great season, it is time for the 2021 All-Leader Volleyball Team.

Our Most Valuable Player honors goes to Bridge City senior standout Harlee Tupper for the second straight season after she helped power the Lady Cardinal arsenal all season long. Tupper wrapped up a great senior run with 402 kills, 407 digs, 122 aces and 24 blocks.

So without further ado, here is the 2021 All-Orange Leader Volleyball Team: