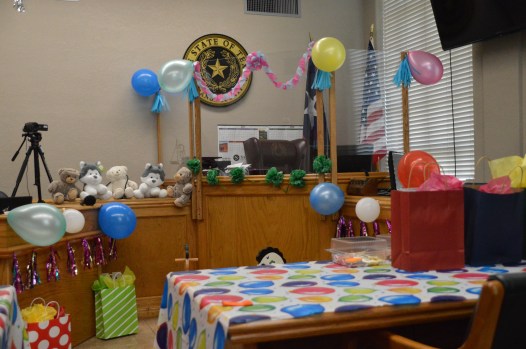 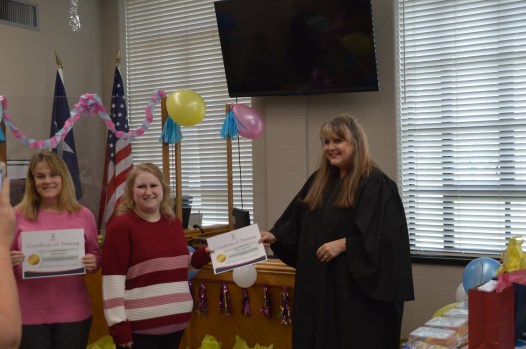 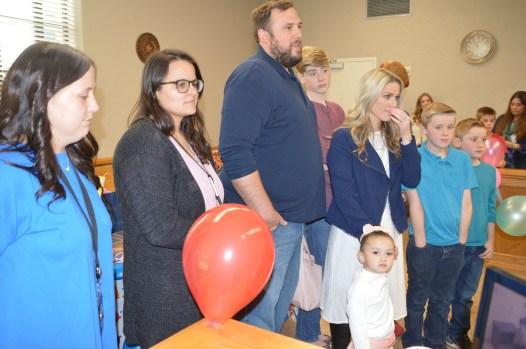 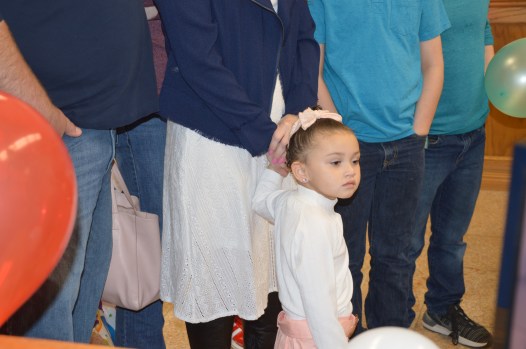 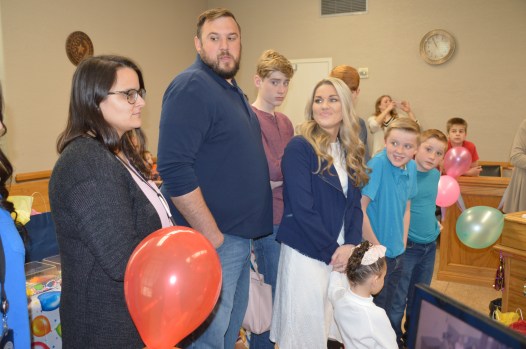 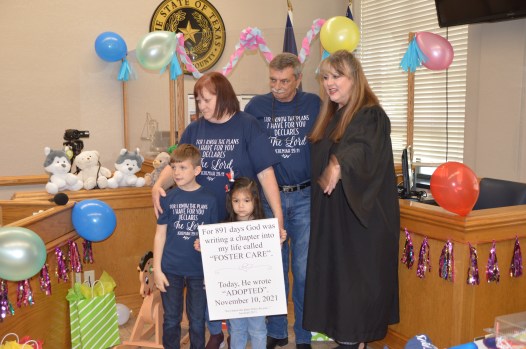 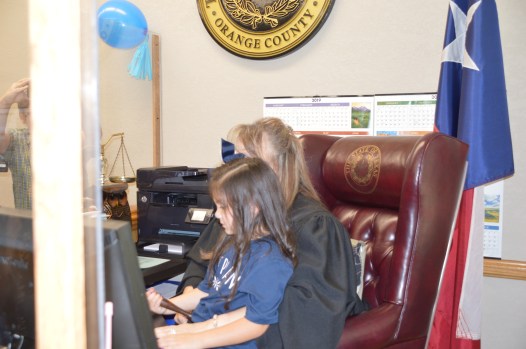 A day judges love to see is National Adoption Day as they get to share in the joy of a family’s love for a child.

November is National Adoption Month and many children statewide are hoping to find their forever families.  Throughout this month, special activities and events are taking place across the state to help highlight the need for adoptive parents.  Texas continues its search for adoptive parents who are willing to open their hearts and homes for children of all ages—from newborn babies to teenagers.  Some of these children have special medical, physical, or emotional needs, however, their biggest need is that of a loving, forever home, according to Texas Department of Family and Protective Services.

National Adoption Day is a collective effort to raise awareness of the more than 125,000 children waiting to be adopted from foster care in the United States.

In Orange County, three families celebrated the day with the adoption of five children.

Before the adoptions began, two CASA advocates were sworn in by Judge Mandy White-Rogers.

“We appreciate all you are going to do for Orange County,” Rogers said. “We want to her your opinion, you input.”

The first child adopted was Addy. She gained four brothers and several cousins with the adoption. When she was asked if she wanted to change her name, she nodded her head yes.

Laurie Huish said, “She is my daughter. She’s amazing. Love her so much.”

Tears came to Laurie’s eyes during the questioning of witnesses as she realized the day the family had looked forward to for so long was finally reality.

“We were a foster to adopt home,” Laurie said after the adoption was finalized.

She recalled the first time she saw her forever daughter.

“I was so happy when she was placed with us,” Laurie said. “It was a bittersweet day because I knew she was going through a heartbreak herself.”

The best day through it all was the day they were asked if they wanted to adopt Addy.

“That was a really good day,” Laurie said.

The next family was surrounded by children, grandchildren and even a teacher of the young child.

Forever mom, Cathy Rush, said, “I was there the day she was born.”

She is also the 11th child for the Scott family. The last three were foster children.

The last family, adopted two boys and a girl.

“You feel nothing but love when you enter their home,” a caseworker said. “We need 100s more like them.”

The family is a foster home through Arrow Child and Family Ministries.

The Scott’s children now range from age 32 down to 3 years of age.

The first National Adoption Day was inspired by the innovative efforts of Michael Nash, a former presiding judge of Los Angeles County’s Juvenile Court. He opened the court on Saturdays, engaged the volunteer efforts of court personnel and finalized adoptions to reduce the backlog of one of the busiest courts in the nation, according to its official website.

These three families having something to be thankful for as they celebrate this Thanksgiving as forever families.