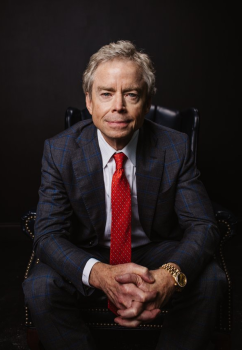 My name is Don Huffines, and I’m proud to be running as your governor. I have worked hard as a businessman, and I can tell you I do not need another job. I am only running for governor because the job’s not getting done. Let me ask you this: is the Texas border secure? Are your property taxes going down? Do you have faith in our elections? I believe the answer to these questions is a resounding “no.”

Both President Trump and thousands of grassroots activists across Texas have asked Abbott for an audit of the 2020 election, but he has continued to say “no.” Fellow patriots, Republicans have had control of Texas for almost 20 years. However, our Republican principles still aren’t law, and our problems have only gotten worse.

It is time for actual Republicans to stand up and provide courageous leadership in our state. I’ve been successful in business, and long before I decided to run for office, I volunteered my time as a grassroots activist to help secure conservative victories in Texas. When it became clear that my state senator was a RINO going further and further to the left, I challenged him in the Republican primary.

I won and spent one term in the Texas Senate, where I was the only member in Texas history, according to the Secretary of the Senate, never to accept any pay, pension, per diem, healthcare, or other benefits.

My intention was always to fight for the people and never to work for the government. I will do the same thing as your governor.

While in the Texas Senate, I uncovered one of the biggest political corruption scandals in Texas history where local politicians were stealing millions of dollars in taxpayer funds from my constituents. I filed a bill and abolished the agency, which led to multiple corrupt politicians being sent to jail, including the former mayor pro tempore of Dallas.

I am serious about cleaning up government corruption, which is one reason I am committed to passing term limits on elected officials at every level of the Texas government.

I entered this race because Greg Abbott killed 3 million jobs, shuttered tens of thousands of businesses, and shut down our churches on Easter—the holiest week of the year—via executive order. As governor, I will ensure that government plays its rightful role, which is always to protect your God-given rights.

I am an actual Republican. When I’m governor, I will abolish property taxes by phasing them down to zero, ensure that Texas has the gold standard of election integrity laws, and secure the Texas border, once and for all. I’m not asking permission from the federal government to do it.

Fellow patriots, together, we can fight for a better, more conservative Texas, but I need your help. Join my campaign at www.donhuffines.com.

Don Huffines is a proud fifth-generation Texan, husband, father, grandfather, and self-made entrepreneur. A committed conservative, Huffines is fighting to safeguard Texans’ elections, phase out property taxes, and secure the border once and for all. Huffines is challenging Gov. Greg Abbott from the right in the Texas Republican primary. Texans deserve leadership. No excuses.