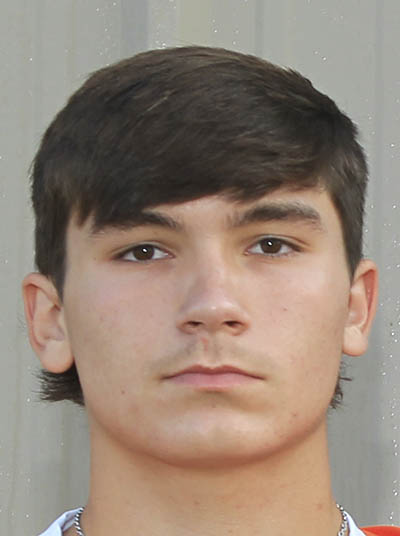 SPLENDORA – The Orangefield Bobcats saw a nice 2021 football campaign come to an end as they fell to the Bellville Brahams 62-14 in Class 4A Region III Division II bidistrict playoff action in Splendora on Friday night.

Bellville’s (11-0) offense was exceptional on the night. With a total of 510 yards, and 246 yards on the ground from their leading rusher out of the backfield, running back Richard Reese. Reese accounted for five touchdowns and was a big reason the Brahams took control so strongly.

With Reese in the backfield, running back Robert Briggs was the second guy for Bellville who performed excellently out of the backfield. Briggs rushed for 157 yards and received three catches for 49 yards including a couple of touchdowns thrown in there.

Briggs, much like Reese, was able to speed past the Bobcats (7-4) defense and had his way in the secondary. Bellville’s offense funnelled through Reese and Briggs, as they they would combine for over 400 yards total on the ground.

Cameron Dischler would be the stand out for the Bobcat offense. Dischler would rush for 52 yards, but importantly would receive two catches for 53 yards on the night. After mid-way through the third quarter the Bobcats offense was shut down entirely after just finding a way to score. But when they could get the ball moving, Dischler was the main source of yards for the offense.

The Brahams defense made things very difficult for the Bobcats. The Bobcats would be held to just 78 yards rushing, and would get 157 in the air from quarterback Brayden Parker. Parker would have a handful of solid passes for big yards, but he had three passes picked off, one going for a touchdown. The Bellville defense has been stellar all year, and made their presence known in this first round of the playoffs.

After a couple of turnovers from both teams, the Brahams were the first to get on the board. BThe running game opened up this drive, thanks to Reese and Briggs getting big runs back to back. Quarterback McCann would drop back and find Briggs for a big 16-yard pass into the red zone. Reese would punch it in from three yards out. After the PAT went in, the Brahams went up 7-0 with 3:30 left in the first quarter.

Reese scored again for the Brahams, after stopping the Bobcat offense with a big interception from Dillon Lyons in the secondary. Reese and Briggs would run it down the field at will on the Bobcat defense. Both finding 10 plus yard runs and making quick work of the first downs, with Reese breaking a big 24-yard run to put them in the red zone. Reese would cap it off with a seven-yard touchdown for the score. After the PAT, the Brahams led 14-0 with one minute left in the first half.

Bellville come out of halftime firing with a quick score to pile onto their lead. Briggs got all the carries on the drive except the opening run from Reese. Briggs broke off a big 34-yard run, followed by two more hard rushes to punch it into the endz one. After the PAT went through, the Brahams go up 21-0 with 10:40 left in the third quarter.

The Bobcats struck back with their first touchdown of the game, thanks to a big pass from quarterback Brayden Parker on just the third play of the drive. On a third and long, Parker scrambled out to his right side, found Dischler down field and let it loose for a 51-yard touchdown pass. The PAT would get blocked, and the Brahams leadd 21-6 with 9:05 left in the third quarter.

Bellville responded to the Bobcat quick score with another of their own. Briggs got things going with a tough 16-yard run for the first run of the drive. Reese would take a misdirect handoff and went right through the Bobcats defense for a 32-yard touchdown run. After the PAT Bellville led 28-6 with 7:35 left in the third quarter.

The scoring picked up in the third quarter as the Bobcats answered back with their second touchdown in the game and quarter. The Bobcats passing game picked up again, with three passes from Parker, including a massive 46-yard pass to Gavin Perry-Koci to get them within striking distance. Parker would end up punching it in from a yard out himself. The Bobcats would go for two, Parker found Perry-Koci for the conversion as they trailed 28-14 with three minutes left in the third quarter.

Bellville rebounded and score quickly after the Bobcats went down the field. Reese continued to dice up the Bobcat defense with another massive touchdown run for 46 yards this time, on just the fourth play of the drive. After the PAT the Brahams led 35-14 with 1:48 left in the third quarter.

Bellville scored again, this time the passing game produced the results in one play. McCann dropped back and found Briggs over the middle of the field. Briggs would come down with it in the end zone from 29 yards out. After the PAT the Brahams led 42-14 as the fourth quarter started.

Briggs crossed the goal line again for the Brahams, mounting up a formidable lead late into the game. Briggs would get the ball four straight times, picking up 31 yards and the touchdown, his longest run going for 12 yards. After the PAT, the Brahams led 49-14 with nine minutes left in the fourth quarter.

Bellville scored defensively thanks to a pick six. Tyler Fishbeck would intercept Parker’s pass over the middle, and took it all the way to the house from about 40 yards out. After the PAT went wide, the Brahams led 55-14 with just over seven minutes left to play.

Bellville’s second string offense got in on the scoring late into the fourth quarter. Tanner Knode got most of the carries on the drive, marching it up the field after getting good field position. Knode would fight for extra yards and fall forward for a few first downs. Knode would punch it in from a few yards out for the touchdown. After the PAT the Brahams led 62-14 with a minute left to play.