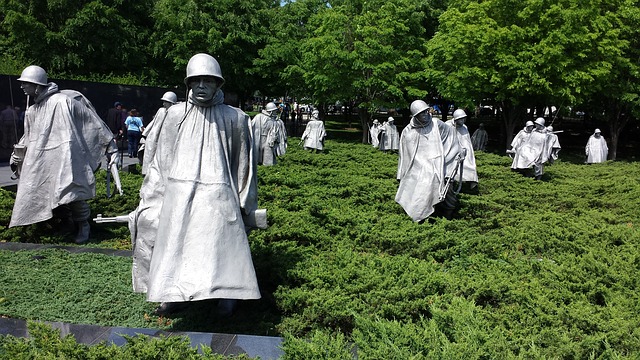 Veterans Day, a federal holiday in the United States, is observed annually on Nov. 11. (Adi_Schnadi/Pixabay)

ARLINGTON, Texas — Today the country takes time to acknowledge those who served in the U.S. military, and by next Veterans Day may see a museum taking shape to honor those whose service earned them the Medal of Honor.

The National Medal of Honor Museum is slated to break ground in Arlington early next year.

Chris Cassidy, CEO of Medal of Honor Museum Foundation, a retired U.S. Navy SEAL and NASA astronaut, said exhibits will acknowledge those who earned the highest military award for valor in combat. In addition to memorabilia, it will share the stories of medal recipients.

“Who are those people? And that’s what we want to inspire Americans to go in and see those stories,” Cassidy explained. “Not everybody is going to be on the battlefield, but everybody can take a little nugget of each story and apply it to their normal everyday life.”

Of the nearly 4,000 soldiers who received the medal, Cassidy noted only 66 are still living.

Gen. Patrick Brady, USA, Ret., a National Medal of Honor recipient from San Antonio, received the medal for his rescue of more than 5,000 wounded in helicopter combat missions during two tours in Vietnam. For the 85-year-old Brady, the medal is a symbol of courage.

“You have to define courage for people,” Brady emphasized. “And for me, the best definition is when you reach a breaking point, but you don’t break. I don’t care if you’re preparing for an exam or what you’re doing: The essential element of courage is you don’t break.”

“The President of the United States meets so many extraordinary individuals, risking their lives to save others, overcoming incredible odds, often making the ultimate sacrifice,” Bush stated.

Cassidy added the museum’s goal is to tell a collective story.

“The recipients themselves are just normal people setting out to do their job on a given day,” Cassidy stressed. “They’re wearing that medal on behalf of their brothers and sisters in arms. It doesn’t represent them; the medal represents all the ideals that make our nation great.”

The group is also advocating for a national monument on the mall in Washington, D.C. A bill to establish the monument passed the House unanimously, and awaits a vote in the Senate.