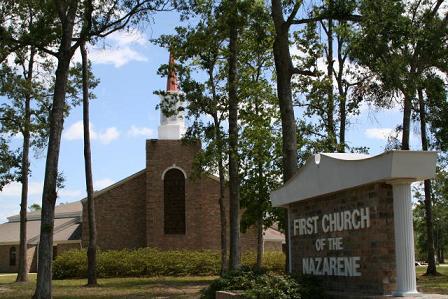 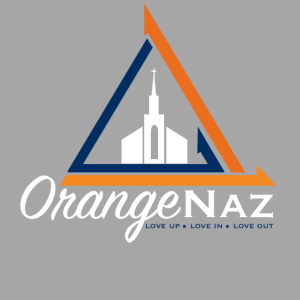 Turning 100 is a momentous occasion for a person and an honor for a church. Orange First Church of the Nazarene turned 100 years old in April but due to the COVID Crisis, was unable to honor the anniversary until now.

This Saturday and Sunday, the church will remember the past while celebrating the future. Dinner on the grounds and Gospel Jubilee at the Pavilion will start at 4 p.m. on Saturday, Nov. 13. The celebration will continue at 9 a.m. on Sunday with breakfast and a special film presentation. At 10:30 a.m. the Celebration service will be in the sanctuary which will include special music from the Children’s Group and a Distinguished Award Presentation. Rev. John Williamson will be the special guest speaker.

Kate Williamson requested Mrs. Leona Slocum to call the Nazarene Dallas District Superintendent, Reverend P.L. Pierce, to come to Orange to hold a revival. Under the inspiration of the Holy Spirit, Mrs. Slocum issued the call and purchased a pump organ, accepting and paying all the expenses.  She and others then set out on foot to find a building to house the REVIVAL. The Orange County Court House was agreed on for the location.

Reverend J.J. Threadgill was called for an open-air Revival in June of that year. At the close of the Revival, June 8, 1921, The First Church of the Nazarene in Orange, Texas was organized with 23 charter members:

*Remaining names could not be located or recalled

Reverend W.A. Carter was called as the first pastor. During his tenure, members worshipped in various store buildings, members’ homes, a school annex and at the court house.

Reverend S.M. King came as pastor in 1922. The Presbyterian Church building at Market and Polk Streets became available.  Under the direction of Pastor King, the committed body purchased the 34′ x 50′ frame building that contained a pulpit and two rows of benches made of rough lumber, on a 150′ x 400′ lot and remodeled it.

During the lean years of 1929-1937, Arlease King Cormier, a teenager at the time, who served as church treasurer, verified that it was common to pay the Pastor two dollars to $2.50 in salary.  Two ladies assisting with custodial work at the church found a note on the floor of the Pastor’s office which stated, “Paid the Pastor $2.50 and a pail of potatoes.”

Reverend J .S. Emmert and his family came as pastor in 1938. Many strides were made during his Pastorate. One major step was to relocate the church to the property acquired on the corner of 10th and Cherry Streets. Pastor Emmert proved to be an able fund raiser as well as a strong preacher. Materials were acquired when Rev. Emmert won the bid on the Brown mansion on Green  Ave. Many of the extravagant cut-glass doors and windows from the mansion were sold, and along with contributions from church members and business men in town, helped pay for the new church and parsonage. Pastor Emmert made calls on businesses each Monday morning and solicited $5 for the building project. The congregation supported the building project with money, time and their building skill.

The head carpenter for the church and parsonage was Wilson Boulet.  His daughter, Hilma (Boulet) Crew, is still a member of OFCN.

The congregation moved into the church during 1940 one-hundred percent debt free. (The church met to worship in the Anderson School during the building process.)

The war years, beginning in 1941, brought a great inﬂux of people to Orange, which resulted in numerical growth in the church. Reverend Emmert left behind two married sons, Harold and Opal Emmert and Edward and Estella Emmert. Eddie’s son, Ron Emmert and his wife, Kathy, have been a vital part of the OFCN family, by serving, for 35 years as Music Ministers as well as Ron serving as church board member and finance committee member up until 2019.

Pastor John Williamson joined OFCN as the leader of the congregation in October 1987. In his ﬁrst three years as pastor, following much prayer by church members, 65 members joined the church, making the total membership more than 200 for the ﬁrst time. The “We Can” attitude of the congregation was evident as they pledged nearly $400,000 toward the construction of the new facilities on M.L. King Drive.

In August 1989, after a parade of the congregation from the Cherry Street location to the new location, the ﬁrst worship service was held with more than 250 in attendance. The new facility was dedicated to God and His glory by General Superintendent, Dr. John A. Knight.

An additional 10 acres of land was added through a donation by the Maberry family. The outdoor pavilion was completed and another phase of improvements in the Maberry Family Life Center included a dining room and additional gym space.

Upon the departure of Pastor Williamson, Dr. Henry Mills served as interim pastor in the ﬁnal months of 1998.

Hurricane Harvey struck in August of 2017 flooding the Church with 3.5 feet of water. The entire staff were also flooded and forced to leave their homes. Sixty church families were flooded. 85% of Orange County was flooded.

Over a 9-month period the congregation was able to rebuild the church. The church hosted 569 volunteers from all over the country – from California to New York – and many states in between. Those volunteers logged 18,500-man hours on the church and in the community. The estimated renovations cost is $500,000.

The McKenzie family began their relationship with Orange First in December 2018 when they traveled to Orange to meet the church and interview with the board.  Pastor Brad received a unanimous vote from the board to present his name to the congregation and this was followed with a unanimous vote of the church to call him as pastor.  He and the family excitedly accepted this call and began the journey of moving to Orange!

On Sunday, February 17, 2019, Pastor Brad, Emily, Anna Claire, and Jack celebrated their first Sunday with the Orange First Family.  In his first sermon, Pastor Brad initiated the vision of “Love Up ~ Love In ~ Love Out,” and everyone in attendance received a new pair of shoes which were given to be worn for serving in the church, in the community, and beyond.

2020 would prove to be the most challenging time any church has ever faced as March of 2020 ushered in the worldwide Covid 19 pandemic.  This became an opportunity for Pastor, the staff, the board, and the church to find new and creative ways to not only do online worship, but also for continuation of discipleship groups, youth, and children.  Pastor, Alyssa Click, the worship team, and tech team spent months with a single camera, various lights, and other

items to create a studio for online worship.  This was also the time with the Taco Tuesday Men’s Bible Fellowship was birthed.  This ministry has become a vital part of the week for dozens of men and continues to grow.

As Covid conditions began to improve, the youth ministry and church were more than excited to welcome Tyler VanSteenburg and his fiancé, Hannah Benjamin, to Orange to meet the church and interview for the youth and children’s pastor ministry positions.  As Pastor Brad celebrated the completion of his second year, Pastor Tyler and Pastor Hannah were married in January of 2021 and moved to Orange to join the Orange Naz staff and family.

As the church continues to Love Up ~ Love In ~ Love Out, it looks forward to the next 100 years.

The community is invited to join the celebration this Saturday and Sunday at 3810 M. L. King Drive in Orange.