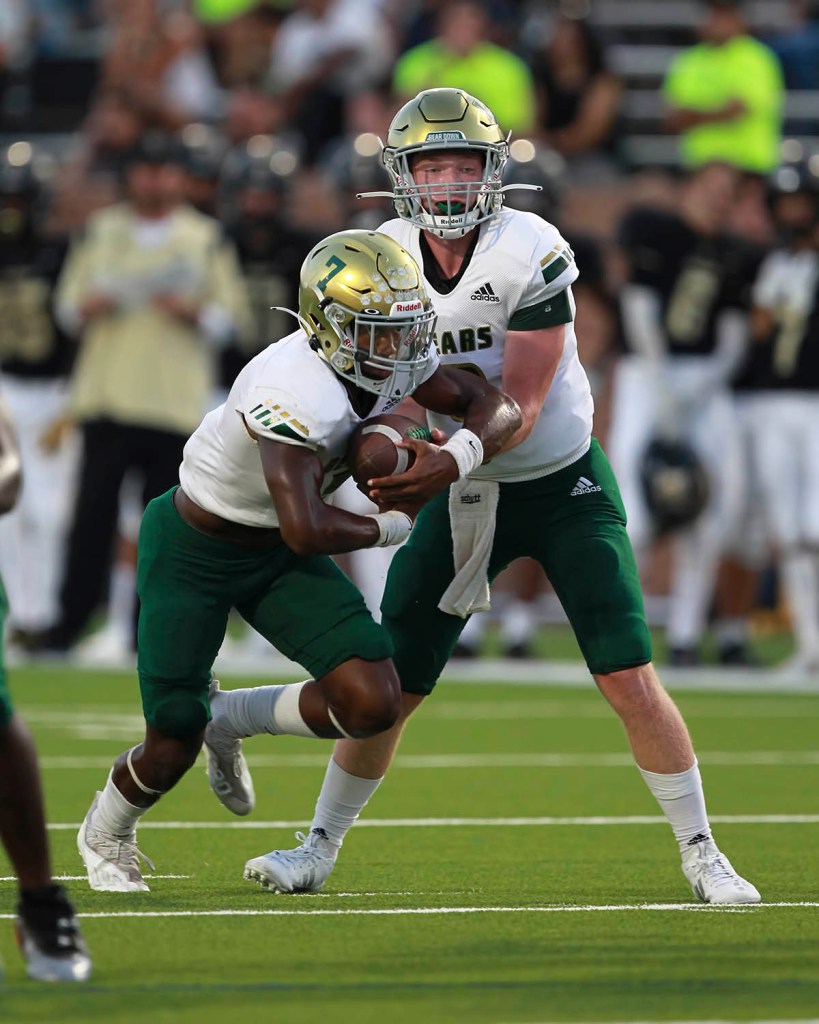 The Bears earned a District 10-4A Division I co-championship by throttling the Splendora Wildcats 41-7 at Wildcat Stadium.

But the Bears have plenty to celebrate as they get to place a district trophy in the fieldhouse, earning the first one of those since 1994 when they went 11-1. It’s been such a great turnaround from a 1-7 campaign last season.

The Bears will now move on to face Palestine, the third-place team out of 12-4A Division I, in the Class 4A Region III bidistrict playoffs next week.

The Bears dominated the Wildcats (4-6, 0-5) at every turn, despite Splendora playing on its own home turf.

The Bears took total control in the first half as 21 second-quarter points led to a 28-0 cushion by intermission.

Bears tailback Da’Marion Morris tallied three touchdowns in the first half. He shredded the Splendora defense for a 22-yard touchdown jaunt in the first quarter.

He found the end zone again on a two-yard score early in the second quarter.

Dwight Davis added to the Wildcat misery when he scooped up a fumble and sprinted 65 yards to push it to 21-0. Morris made it 28-0 just before the half on a four-yard touchdown.

The Wildcats got on the board in the third quarter on a 69-yard touchdown pass to trim it to 28-7.

The Bears went up 35-7 on a Keaton Rives 40-yard touchdown scamper.

LC-M wrapped up the scoring in the fourth quarter when quarterback Ashton Landry found Kyle Pelt on a 16-yard touchdown strike.