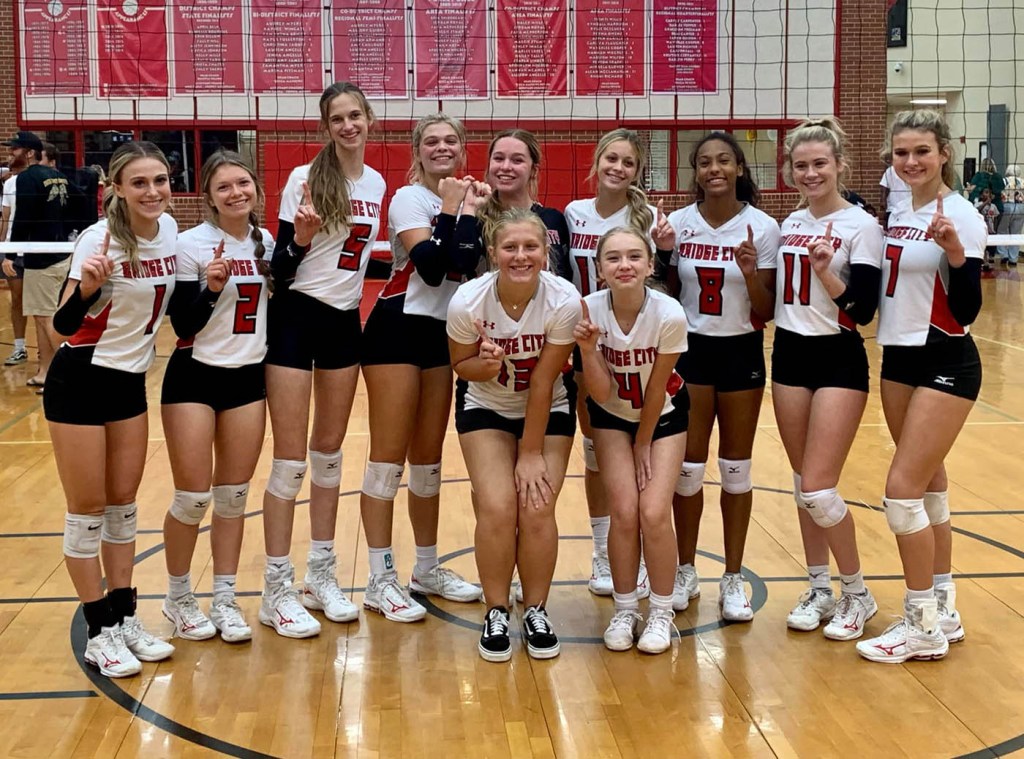 PASADENA – For the second straight season the Bridge City Lady Cardinals find themselves in the Class 4A Region III quarterfinals after they notched a 25-16, 27-25, 25-20 sweep of the El Campo Lady Ricebirds in the area round Thursday night at Pasadena Dobie High School.

The Lady Cardinals (39-5), District 22-4A champions, received a solid test from the Lady Ricebirds (19-22) but they passed with flying colors when they had too.

It will be a rematch of last year’s regional quarterfinal when Huffman swept Bridge City. The two squads have split matches this season. The Lady Falcons swept the Lady Cardinals in non-district in Bridge City and the Lady Cardinals returned the favor, downing Huffman in two straight games on their way to winning the YMBL Tournament.

Bridge City piled up 40 kills in the big win while El Campo had 28.

The Lady Cardinals also had a great night with their service game, racking up 40 points on their serve, including 11 aces. The Lady Ricebirds finished with 20 points and three aces.

El Campo had some tough hitters but the Lady Cardinals had a great night digging them up for the most part.

Game Two was tight pretty much throughout.

The Lady Cardinals quickly settled down and tallied five of the last six points to put the match away.

SPLENDORA – The Little Cypress-Mauriceville Lady Bears fell to the Bellville Lady Brahmas 25-19, 25-13, 25-8 in the Class 4A Region III area round Thursday night at Splendora High School.

The Lady Bears, who notched an exciting five-game win over Liberty in bidistrict, finishes the season 23-21 while Bellville improves to 37-8.