OPINION: Story Over a Cup: The Coffee Pot Dies at Midnight 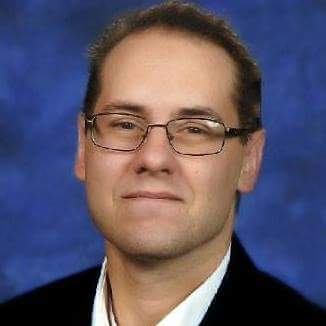 Michael Cole Story Over A Cup

I want to take a moment and regale you with my Halloween Horror and murder mystery tale.

It is a tale of woe, a tale of horror. A modern whodunit.

So, sit back and enjoy my holiday tale.

Once upon a Texas Midnight dreary, I sat at my computer all weak and weary,

Looking over quaint and curious websites and at the Amazon store.

While I sipped my coffee, definitely slacking, there came a tapping.

Of a noise in my kitchen gently percolating, the coffee dripping.

Is my coffee brewing and nothing more.

Ah, distinctly I remember it was a Texas Halloween

And each separate street light cast a ghost upon the floor

Nameless here for evermore. (We don’t speak of the season)

A buzzing was heard around my head.

“Oh great,” thought I, “A mosquito is fluttering, trying to take my blood.”

The only one for miles around, has roused me from my task. To bite me

I swatted and missed, the mosquito kept buzzing, letting me know

It was after a bite. How long could I avoid it? With a sting, the mosquito buzzed

And the dripping stopping slowly followed by a hissing,

Would soon be done, and I could fill my cup with some.

“Tis some coffee that is a brewing,” I stood repeating. “Some late

Tis that and nothing more.

Then the sound stopped and deep into silence it fell

Doubting, dreading, dreaming no dreams a coffee drinker should ever

But the silence grew with no smell of coffee.

It was this and nothing more.

All at once, I sprung, flung open the door and to the kitchen I stared.

“Surely,” said I. “Surely that pot is done, ready to drink.”

The pot is done, just this and nothing more.

I looked at the counter and saw steam rise from the pot.

No liquid in the pot, but the sound it continued to make…

I did a double take, for the coffee was not made yet noises of

Brewing it did fake.

Startled at the stillness, broken so suddenly as another hiss the pot made,

So, empty the coffee pot stayed, no brown liquid of the new brew made.

I tossed up the lid hoping to see an empty filter, for I must have forgotten the

Was a mistake I made, I told myself. It was this and nothing more

My knees became weak, I and with a shriek I collapsed to the floor,

The filter is full of waiting fresh grounds. The pot was fine, yet the coffee

Pot did not brew. The water boiled away. The burning smell told me this

The coffee pot was gone.

The joy it brought me was at an end.

It would make me coffee, quote the mosquito, “never more.”