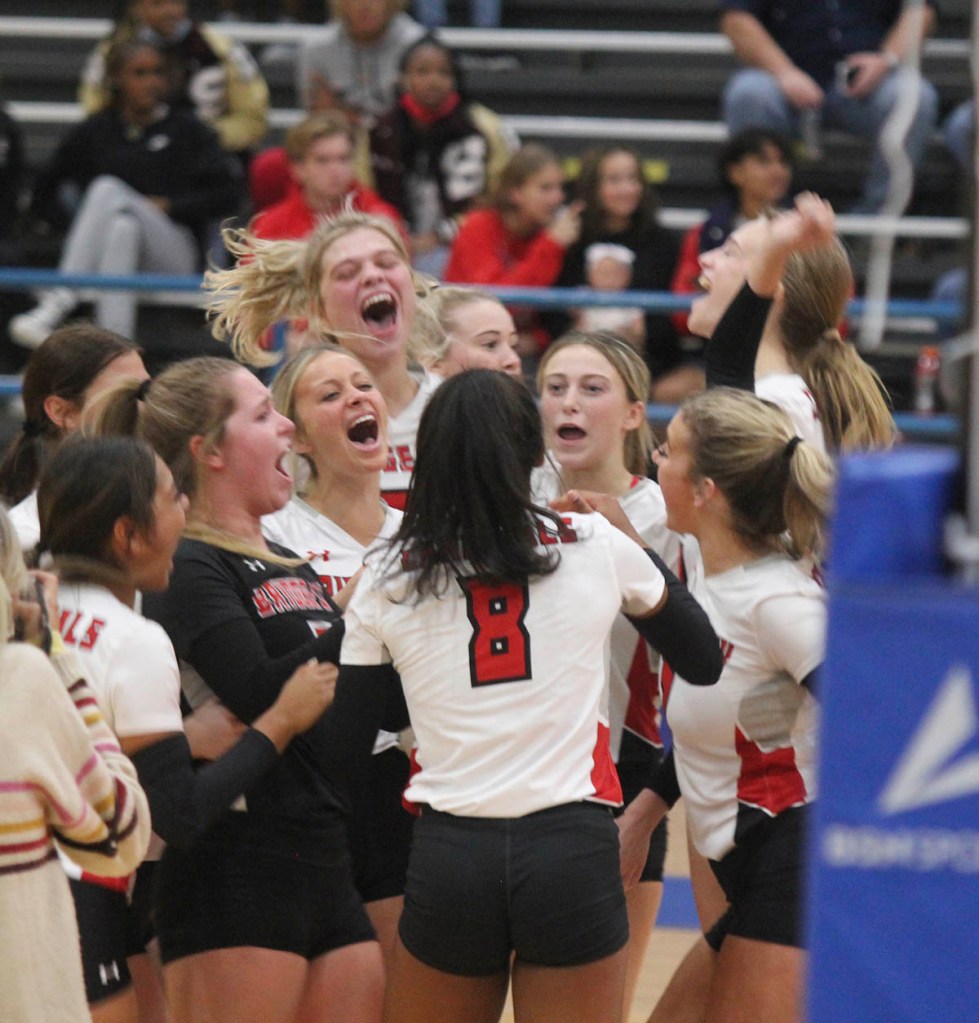 BEAUMONT – It was more of a nailbiter then they wanted it to be but the Bridge City Lady Cardinals are moving on to the Class 4A Region III area round of the playoffs by turning back the Hardin-Jefferson Lady Hawks 25-17, 25-21, 20-25, 26-24 in the bidistrict playoff round at Beaumont West Brook High School Tuesday night.

The District 22-4A champion Lady Cardinals (38-5) got all they could handle from the Lady Hawks (29-17), the fourth-place team out of 21-4A, but made the plays down the stretch when it counted as they will now move on to face the El Campo Lady Ricebirds in the area round.

Bridge City looked to have things in control after capturing the first two games and led 17-13 in Game Three. However, the Lady Hawks finished with a 12-3 spurt to force a Game 4.

It was a well-played match by both squads.

The Lady Cardinals finished with 57 kills while the Lady Hawks piled up 48.

Bridge City seniors Harlee Tupper and Caryss Carpenter teamed up for 28 of the kills, both notching 14 apiece.

The Lady Cardinals scored 48 points off their service game while the Lady Hawks had 40.

Tupper was once again on point with her serves as she racked up a match-high 16 points to go along with a match-high five aces.

Louvier notched 11 points and two aces. Carter had nine points while Carpenter served up eight points and an ace.

Hardin-Jefferson made things tight in Game Two, erasing a 15-9 deficit to rally and tie it up at 20-20 but the Lady Cardinals finished strong, tallying five of the final six points.