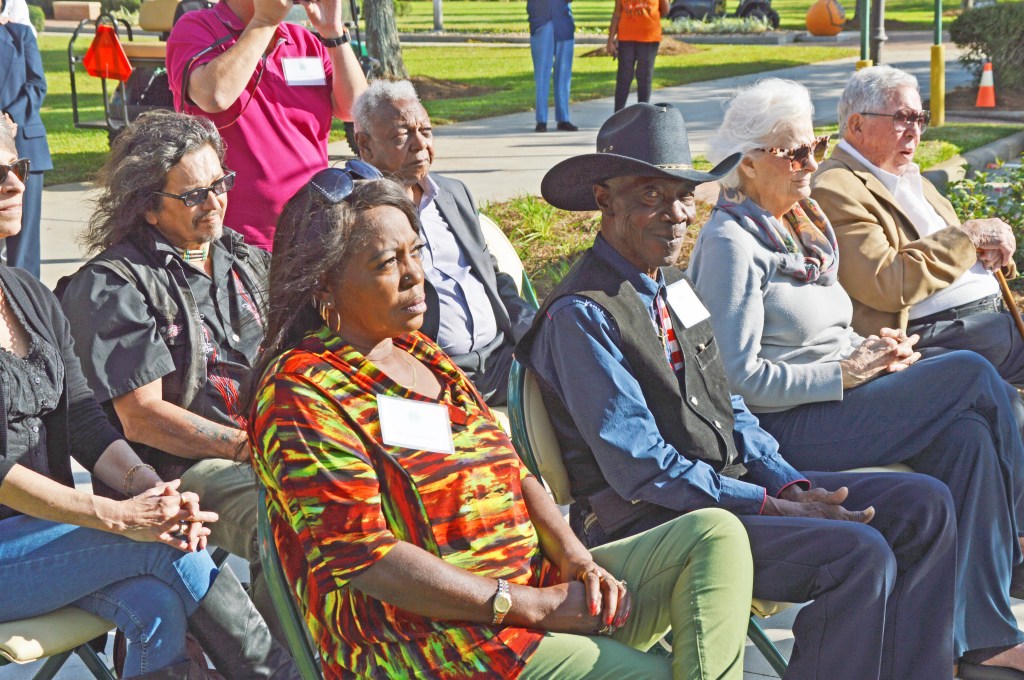 “I am so proud that there is now a place to honor the incredible legacy of Orange’s own, Gatemouth Brown, and that this place is here at Lamar State College Orange,” Johnson said.

Johnson described the plaza as the gateway to the future.

“This newly-constructed plaza at the center of LSCO’s beautiful college on the Sabine will be a focal point of gathering for not just the Gator Family, but the entire Orange community. A place where music and merriment shall be shared. Which is why Gatemouth Brown is such a fitting individual for which this space is now named,” Johnson said.

Johnson brought the concept of naming Gatemouth Plaza to the Texas State University System Board of Regents in order to create a permanent place to honor Orange’s own music legend. The Board unanimously approved the motion to name the plaza after Brown at their May meeting.

“We hope our students and members of the community will return time-and-time again to Gatemouth Plaza to enjoy this beautiful outdoor space for many years,” Johnson said.

The plaza offers a place for students and residents to visit and relax.

“There is a place for students to plug in their laptops and phones,” Johnson said. “The design creates a gator skin design as the sun shines through it.”

The plaza will also be a gateway to the academic building.

This week Governor Abbott signed S.B. No. 52 granting Lamar State College Orange $37,435,695 for replacement of an academic building to house general academic instruction and information technology services. The building will be over 55,000 square feet.

The college purchased the Academic Center in 1971 and has been renovated and repurposed three times since then. The new center will be located where the former Capital One Bank building once stood.

This is part of a central role in the college’s new 10-year master plan.

LSCO purchased the building, in October 2019, with appropriated funds at a fraction of the appraised value thanks to a generous gift from Capital One, according to a press release.

LSCO continues to look for opportunities to expand its reach and offerings to provide the best learning environments for the students and community.

In November 2020. The teller lanes were removed from the building as plans for the academic building and the plaza moved forward. Johnson, at that time, was preparing to before the Legislation to request a bond for the building.

“The original academic center was built in 1908 and was three warehouses put together,” Johnson said.

The current building has also been a movie theater and a bowling alley before Lamar State College Orange purchased it.

“Once completed, students can walk from here to First Street without crossing a street, making it safer for them,” Johnson said.