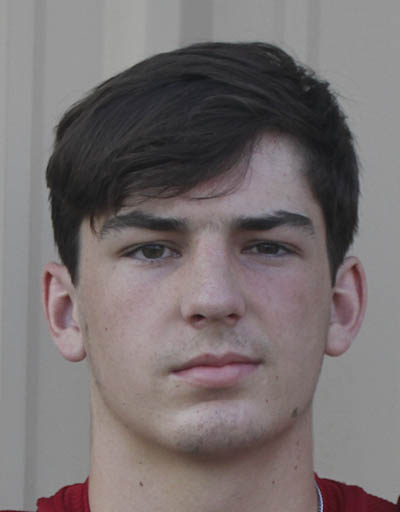 LIBERTY – The Bridge City Cardinals edged out a 21-20 win on the road against the Liberty Panthers in a hard-fought District 11-4A Division II clash Friday night.

The Cardinals (4-5, 2-3) came out of the gate swinging on their first drive. Quarterback Ethan Oceguera threw three passes for 56 yards – including a 43-yard bomb to Noah Broussard which put the Cardinals at the goal line. JS Bearden punched it in with a 1-yard touchdown rush as Bridge City took an early 7-0 lead.

The Panthers (4-5, 1-4) went three-and-out on their own 24-yard, but the punter fumbled the snap. Liberty recovered at the 18, turning the ball over on downs and giving the Cardinals a free red-zone possession.

Bridge City was unable to find the end zone, settling for a 24-yard field goal attempt. However, the defense nearly blocked the kick and it soared wide right, keeping it a one-score game at 7-0.

Liberty’s offense took over near the end of the first quarter. The Panthers’ rushing attack rattled off 13 plays before Alex Valtierra capped the drive off with a 5-yard dart for a touchdown. Liberty tied things up 7-7.

Midway through the second quarter, the Panthers would lose a fumble. Nicholas Lejeune recovered it for the Cardinal defense. Bridge City failed to score, but the Cards’ defense logged another turnover when Dorian Pruitt intercepted a pass on Liberty’s next drive.

The Panthers took the ball right back on the next play after recovering a bad snap. Liberty attempted a 40-yard field goal as time expired in the second quarter. It fell short and the teams remained deadlocked 7-7 at the half.

Bridge City’s defense forced a quick stop to open the second half and the Cardinals took over from their own 35. Oceguera would convert a crucial fourth down with a 16-yard scramble before completing a 23-yard touchdown pass to Noah Broussard on the next play, putting the Cardinals ahead 14-7.

On Liberty’s next drive, the Cardinal defense broke up a would-be touchdown pass on fourth down. After the turnover-on-downs, the Bridge City offense lost another fumble, recovered at the BC 17 by Liberty’s Quenten Johnston. Kaden Nola found the end zone on a two-yard touchdown rush, tying the game 14-14 for the Panthers.

After a 45-yard kickoff return by Kyler Garlaska, the Cardinals offense took over in Liberty territory. Oceguera threw a 26-yard dime to Braylen Collins, advancing the ball into the red zone. Noah Broussard then hauled in a 15-yard pass for his second touchdown of the game. Bridge City regained the lead, 21-14.

Trailing late, Liberty got the ball at their own 30 with eight minutes left in the game. The Panthers running backs were near-impossible to stop, running 16 plays and chewing all but 40 seconds off the game clock. Titus Bell rushed for a three-yard score, bringing Liberty within one point, 21-20.

The Panthers elected to attempt a two-point conversion for the win, but Bridge City’s defense held strong when it mattered most and stopped their opponent at the goal line to seal the victory.

The Cardinals will return home next week to host West Orange-Stark while the Panthers head to Hamshire-Fannett.