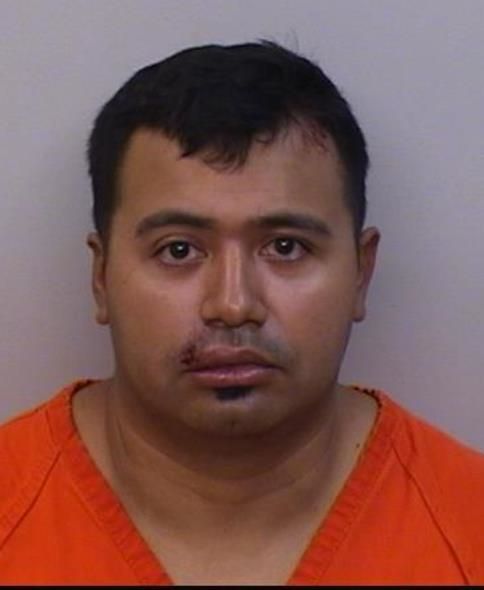 Lake Charles, LA – On Sunday, October 24 at approximately 9:00 a.m. a Calcasieu Parish Sheriff’s Office deputy was dispatched to the 4400 block of Ihles Road in Lake Charles in reference to a single vehicle crash.

Upon arrival the deputy made contact with the driver, Carlos G. Diaz, 33, Dayton, Texas.  The deputy observed Diaz to have red, glossy eyes and unsteady balance.  When the deputy spoke with Diaz he initially stated he drank one beer, but later told deputies he drank approximately four (24 oz.) beers.  The deputy attempted to perform field sobriety testing at the scene but was unable to complete it due to possible injuries sustained during the crash along with Diaz’s unsteady balance.  During the investigation the deputy also learned Diaz has two prior DWI arrests.

Diaz was placed under arrest and asked to consent to a breath intoxilyzer test; which he refused.  The deputy then asked if he would consent to a blood draw for a toxicology report, which he also refused.  Deputies obtained a warrant to have his blood drawn at which time he was transported to a local hospital.

After hospital personnel collected the blood sample Diaz was medically cleared and transported and booked into the Calcasieu Correctional Center and charged with DWI 3rd; and carless operation.  He was released the following day on a $37,000 bond with special conditions being he cannot operate a vehicle without an ignition interlock device, he must wear an alcohol detecting ankle bracelet, must be subject to random drug screenings, cannot commit any other crimes; no purchase or possession of any firearms or dangerous weapons; no contact with known drug users or convicted felons; and no driving without a valid license set by Judge Mike Canaday.

CPSO Sr. Cpl. William Sommers is the arresting deputy on this case.