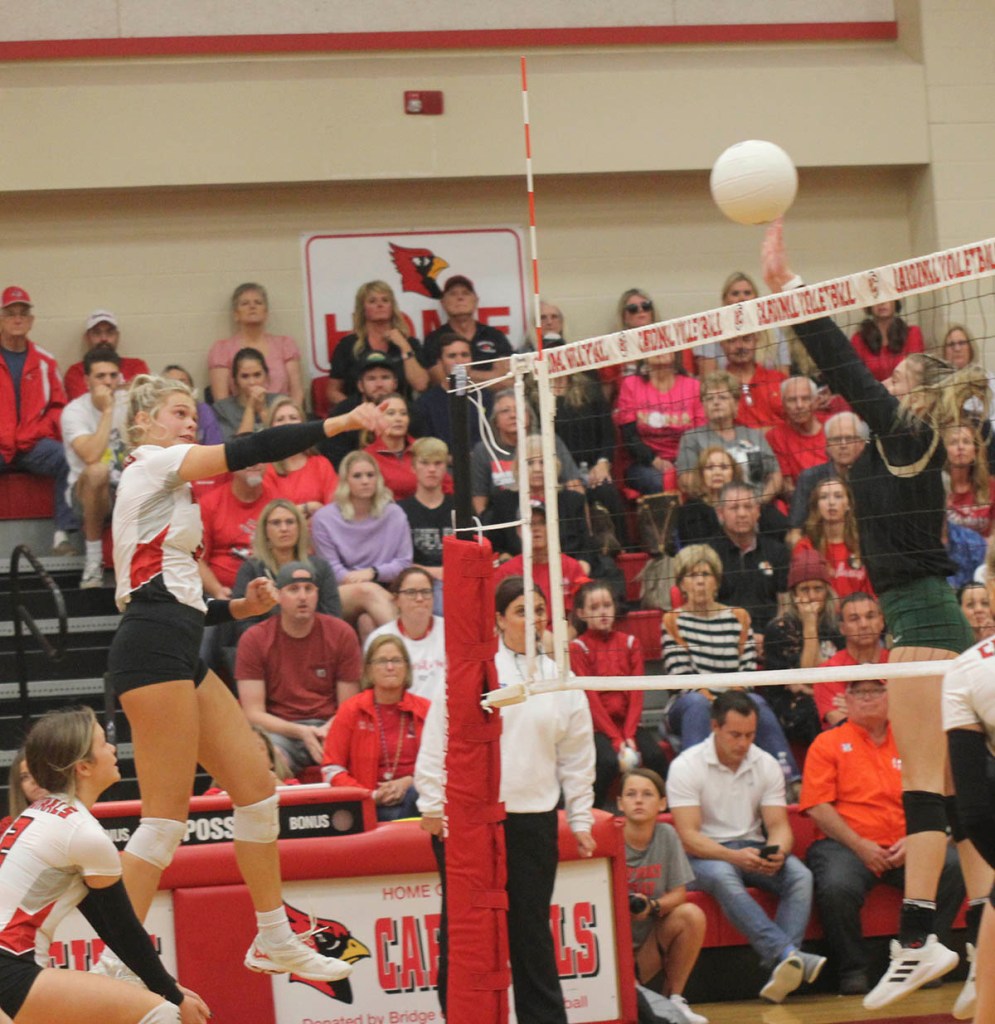 BRIDGE CITY – They received a tough battle from the Little Cypress-Mauriceville Lady Bears but the Bridge City Lady Cardinals will always remember their perfect district mark en route to the District 22-4A title as they captured a hard-earned 22-25, 25-15, 25-17, 25-23 victory at Cardinal Gym to finish up the regular season.

Both teams are playoff-bound as Tuesday’s match was a good warmup before the two teams dive into playoff waters next week.

Bridge City certainly spread the wealth on their attacks. Set up especially by Taryn Doiron, who had a huge night getting her teammates good shots, the Lady Cardinals controlled things at the net.

Morgan Louvier notched a match-high 13 kills followed by Carpenter and Demi Carter, who had 12 apiece while Tupper collected 11. Doiron also had four kills while Nicole Sasser had one.

Despite struggling at times in getting some of their serves down, the Lady Cardinals still picked up 47 points off their serve to go along with nine aces. The Lady Bears notched 31 points and nine aces.

Bridge City came back to tie it at 22-22 but the Lady Bears closed it with the final three points with Booker serving up two aces to seal it.

The Lady Cardinals retaliated nicely in Game Two as they controlled the action at the net. Leading 10-9, Bridge City closed out the game with a 15-6 spurt.

Bridge City used another big run to pull away in Game Three, breaking away from a 10-10 tie with a 9-1 run to go up 19-11. The Lady Bears got as close as 19-14 but the Lady Cardinals finished it by tallying six of the final nine points.