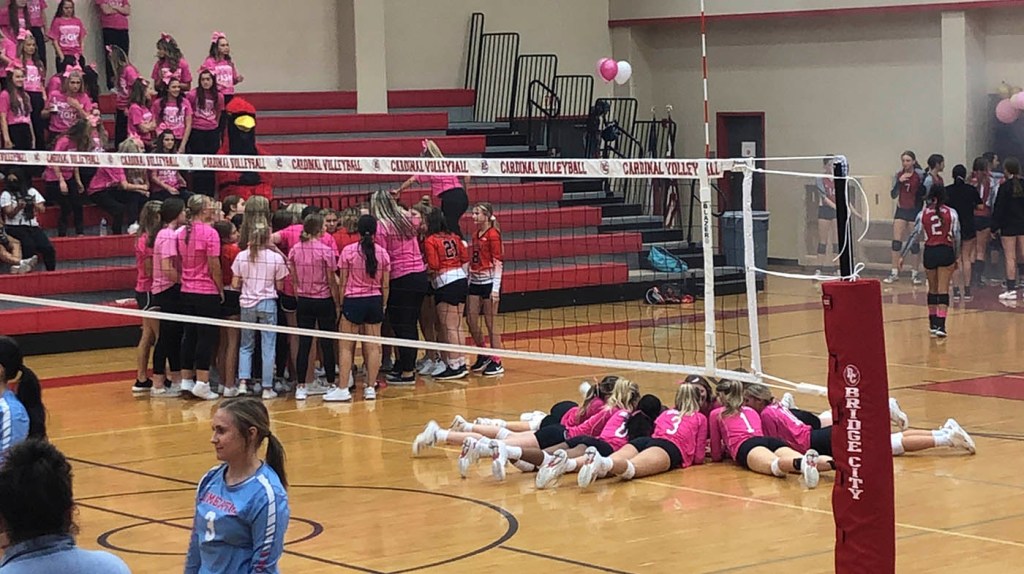 The Bridge City Lady Cardinals celebrated Pink Out Night with a sweep of Lumberton at Cardinal Gym Tuesday night.

BRIDGE CITY – Putting together another outstanding overall effort, the Bridge City Lady Cardinals made quick work of the Lumberton Lady Raiders 25-16, 25-14, 25-10 to remain undefeated in District 22-4A play at Cardinal Gym Tuesday night.

It was quite a night as well for the Lady Cardinals, currently ranked No. 4 in the latest Class 4A state poll, as they celebrated Pink Out Night and Middle School Appreciation.

The Lady Cardinals will venture to West Orange-Stark Friday to face the Lady Mustangs and will return home next Tuesday for Senior Night when they welcome in Little Cypress-Mauriceville.

Hidden in an old garden

Lady Cardinals chime in at No. 4 in state…