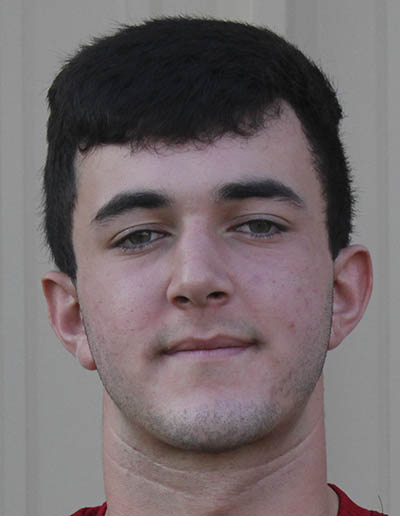 SILSBEE – The Silsbee Tigers scraped by with a 19-14 District 11-4A Division II win over the Bridge City Cardinals at Tiger Stadium Friday night.

Silsbee (3-4, 2-2) received the game’s opening kickoff. With heavy rain pouring down, the Tigers relied on their ground game. They would rack up almost 70 rushing yards on a long drive downfield before Mason Brisbane completed an eight-yard touchdown pass to Dre’lon Miller. The PAT went through, putting the Tigers ahead 7-0.

Bridge City’s opening possession resulted in a three-and-out, but they quickly got the ball back thanks to a Braylen Collins interception. However, the Tigers’ pass rush kept the pressure on and forced another three-and-out; a trend which continued for most of the game.

On Silsbee’s next drive Harrison Gauthier recovered a fumble for the Cardinals (3-4, 1-2), though BC was still unable to capitalize and score off the turnover.

A short punt to the Silsbee 40 set the Tigers up with great field position. Three plays later, Marquis Dodd broke loose for a 20-yard touchdown rush. Silsbee jumped to a 13-0 lead just before halftime but failed to convert the PAT after a bad snap.

Most of the third quarter passed by with little significant action. Both teams failed to move the chains, punting back and forth several times.

With just over a minute left in the third, the Tigers took over on offense. A huge 45-yard run by Dodd set Silsbee up in the red zone, and Brisbane finished the drive with a goal-line QB sneak for a touchdown. Once again, a wild snap cost the Tigers the PAT, but they remained ahead 19-0.

The Cardinals looked beaten down by the fourth quarter, but they still had some spirit left and rose up and battled hard. Gavin Garrett returned a short punt to the Silsbee 20, and the Bridge City offense finally showed signs of life. Ethan Oceguera found Noah Broussard in the corner of the end zone for a 20-yard touchdown pass. The Cardinals converted the PAT, finally putting their first points on the board with 5:20 left to play.

Trailing 19-7, Bridge City attempted an onside kick. While they failed to recover, the defense played hard and got a crucial stop on fourth down, forcing a turnover on downs at the Silsbee 45. On their very next play from scrimmage, Oceguera dropped back and delivered a dime to Kyler Garlaska for a 45-yard touchdown, bringing the Cardinals within five points, 19-14.

After the kickoff, Silsbee took over from their own 20. On third-and-11, the Tigers were stopped short by Mason Pruitt, who had an incredibly active night for the Cardinals’ defense. The Tigers punted to the 50, leaving Bridge City with a minute on the clock and a chance to win the game.

Unfortunately for the Cardinals, Oceguera would fumble in the backfield and Silsbee recovered, effectively ending any chance of a BC comeback as time expired.

There are no moral victories, but Bridge City did show great resiliency with their near comeback in the final minutes of the game.

The Cardinals return home next week to tangle with Orangefield in the Bayou Bowl while Silsbee visits Hamshire-Fannett.

Hidden in an old garden

Lady Bobcats motor past WO-S in 3