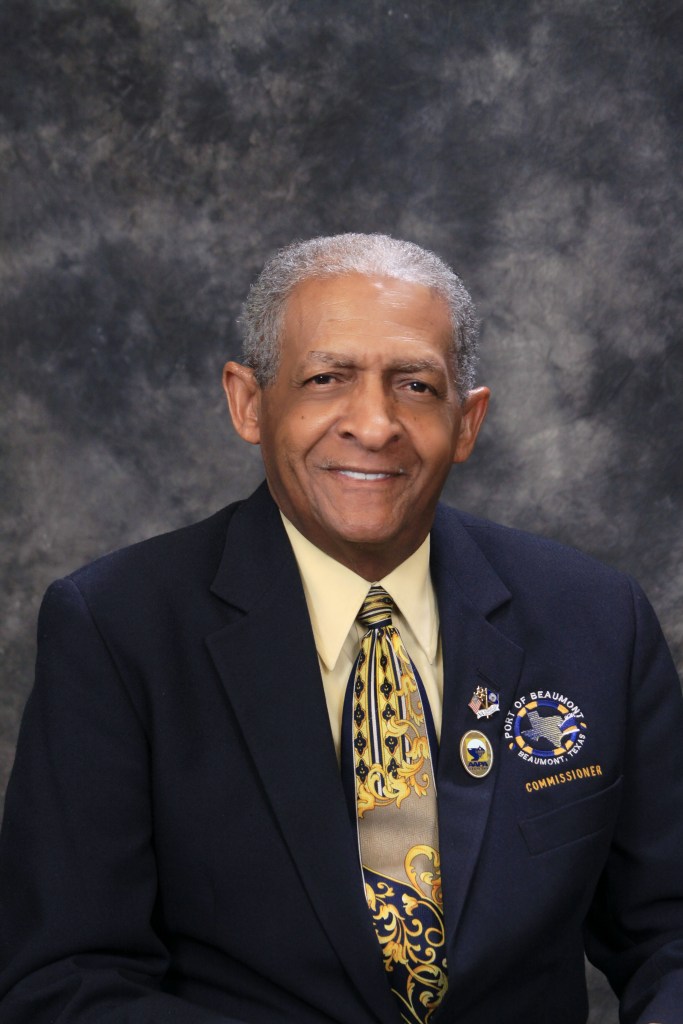 BEAUMONT, Texas – It is with great sadness that the Port of Beaumont announces the passing of longtime Port Commissioner Lee E. Smith.

Smith, first appointed to represent Ward 3 in 2002, was elected board president on May 21, 2018, becoming the first African American to hold the office.

During his two-years as board president, Smith oversaw the start of construction on the Port’s new $80 million Main Street Terminal 1, which will restore dock service to failed Wharves 2, 3, and 4.

He was also at the Port’s helm during two record fiscal years and when the Port was awarded an $18 million Better Utilizing Investment to Leverage Development (BUILD) grant in 2019.

Smith was instrumental in the Board’s actions to approve the public-private partnership with Jefferson Energy Company, which is now a state-of-the-art liquid bulk terminal in Orange County.

“Lee was a tremendous asset to the Port of Beaumont,” said Port Director and CEO Chris Fisher. “Not only did he recognize the Port’s growth potential and value in the national economy, but he was also a champion for the Port in the local community.”

Fisher, who was named Port Director in 2001, said he and Smith sort of learned how to guide the Port together.

“Lee did so much for my career, and for that I will forever be grateful to him,” Fisher said. “More than a Port Commissioner, I will remember Lee as my friend.”

Smith, who was considered a friend by so many, credited his mother for his many professional and personal successes, saying she taught him the value of “just being nice.”

He would frequently tell Port employees the importance of “carrying a good name wherever they went,” and was quick to praise them on a job well done.

A respected leader in his community, Smith always concluded his talks with area students and those trying to get into the workforce with one simple, but important line: “Be sure you take care of your business.”

In addition to serving on the Port of Beaumont’s Board of Commissioners, Smith has served as president of the Beaumont Metropolitan YMCA Board of Directors, president of the North End Neighborhood Association, service officer of the Dorie E. Miller Post 817 of the American Legion, member of the NAACP, board member of Beaumont Main Street, trustee of Fellowship Missionary Baptist Church and member of the Charlton-Pollard Alumni Association.

A proud Charlton-Pollard High School graduate, Smith attended Prairie View A&M, where he graduated in 1965 with a degree in Industrial Education. Following college, he joined the U.S. Army and was stationed at Fort Polk in Louisiana.

In the late 1960s, he took a job with what was then the Texas U.S. Chemical Company in Port Neches, becoming the first African American to work in the company’s office.

Smith retired from Ameripol Synpol Corporation after 33 years with the company.

Smith’s memory will be kept alive by his beloved wife, LaRue, daughter and son-in-law, Lesia and Stephen Linton, and three grandchildren, Taylor, Ryan and Lauryn.