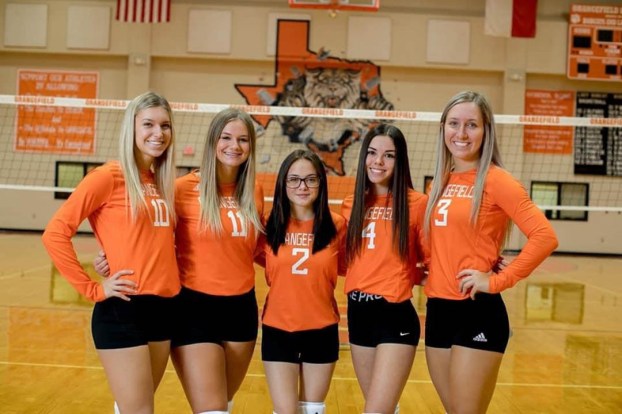 ORANGEFIELD –The Orangefield Lady Bobcats strolled to a 25-20, 25-22, 25-17 sweep of the Lumberton Lady Raiders in District 22-4A play at Bobcat Gym Tuesday night.

Moore set up the offense nicely with 22 assists while Faith Burnette contributed 13.

Libby Thurman and Alayna Dodd each had two aces while Greenlea Oldham had three blocks and Kylie Mouton had one.

The Lady Bobcats will head to West Orange-Stark Friday to face the Lady Mustangs.

Lady Cards check in at No. 5 in latest state volleyball poll