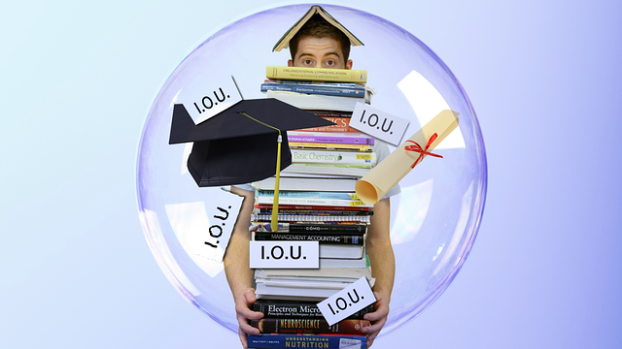 OTheFool/Pixabay A student loan waiver announced this week will bring more than 550,000 borrowers closer to loan forgiveness, according to the U.S. Department of Education.

Are you eligible for revamped Student-Loan Forgiveness Program?

AUSTIN, Texas — Hundreds of thousands of teachers, nurses, social workers, military officers and others in public service can breathe a sigh of relief as the Biden administration has promised major reforms to the Public Service Loan Forgiveness program.
Miguel Cardona, U.S. Secretary of Education, said the program will be streamlined, so about 550,000 more people will qualify.
“In 2007, Congress made a pledge to forgive loans if you serve the community for ten years, and we’re going to make that right,” Cardona stated.
The program is supposed to pay off remaining loans for people who have made payments for ten years while working in a qualifying profession. Until now, people had to have a certain type of loan. Now, they will be able to get a waiver, allowing them to count payments on other types of student loans toward the forgiveness program.
Dr. Jessica Saint-Paul, who works at a health-care nonprofit, said many borrowers find the current process difficult to navigate, or, like her, learn unexpectedly the payments they have made toward forgiveness do not qualify.
“After 10 years, that’s when I found out, ‘Oh, you’re in the wrong loan, and you’re not in a payment program, so you’re going to have to start over from scratch,'” Saint-Paul recounted. “There was no difference between me and a borrower who is starting for the very first time repaying their loans starting at zero.”
Prior to this week’s announcement, a General Accounting Office report found 99% of applicants for the current Public Service Loan Forgiveness program are denied.
According to the Institute for College Access and Success, in 2019, 48% of college students in Texas graduated with student debt that averaged almost $27,000.

And Now You Know: Charles Holmes Saxon was one of the organizers of the Masonic Lodge of Madison

Mike LouviereAnd Now You Know First settled in 1820, the town known as Green’s Bluff was renamed Madison in 1840.... read more