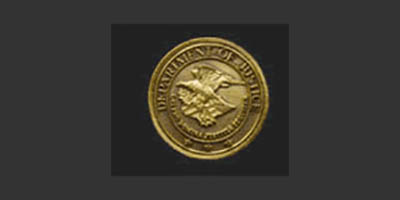 BEAUMONT, Texas – A Santa Fe, Texas, man has been sentenced to federal prison for his role in a violent gang-related beating in the Eastern District of Texas, announced Acting U.S. Attorney Nicholas J. Ganjei and Assistant Attorney General Kenneth A. Polite, Jr. of the Justice Department’s Criminal Division today.

Michael Martin, a/k/a Aryan Prodigy and AP, 38, pleaded guilty on March 4, 2021 to committing assault resulting in serious bodily injury in aid of racketeering and was sentenced to 87 months in federal prison by U.S. District Judge Thad Heartfield on Oct. 5, 2021.

“The defendant’s violent actions demonstrate his commitment to a hateful and dangerous ideology,” said Acting U.S. Attorney Nicholas J. Ganjei.  “Today’s sentence shows that no gang is above the law.”

According to court documents, the Aryan Circle (AC) is a violent, race-based, prison-based gang with hundreds of members operating inside and outside of state and federal prisons in states throughout the country. The AC enforces its rules and promotes discipline among its members, prospects, and associates through threats, intimidation, and acts of violence including, but not limited to, acts involving murder and assault. Members are required to follow the orders of higher-ranking members without question.

Martin joined the AC in the early 2000s and held the rank of upper board member at the time of the offense, meaning that he was one of the five highest-ranking AC members in the country. In this role, Martin made decisions and directed the actions of other gang members regarding a range of issues including who to recruit and admit as members of the gang, who should be disciplined or removed for violating the AC rules, and which rival gangs the AC would fight.

According to court documents, Martin learned that another AC member wanted to switch his gang affiliation, or “patch over,” from the AC to a different gang. Martin ordered AC members to attack the former member to “X” him, or remove him from the gang, because it violated the AC’s rules to join a different organization. On Martin’s orders, two AC members violently beat the victim, including by kicking him in the head while he was on the ground. The attack resulted in the victim obtaining medical care and suffering long-term injury.

Trial Attorneys Beth Lipman and Rebecca Dunnan of the Criminal Division’s Organized Crime and Gang Section and Assistant U.S. Attorney Christopher Rapp of the U.S. Attorney’s Office for the Eastern District of Texas prosecuted the case.

UPDATED: The Texas Department of Public Safety (DPS) arrested a Nederland man on October 5, 2021 involved in the auto-pedestrian... read more