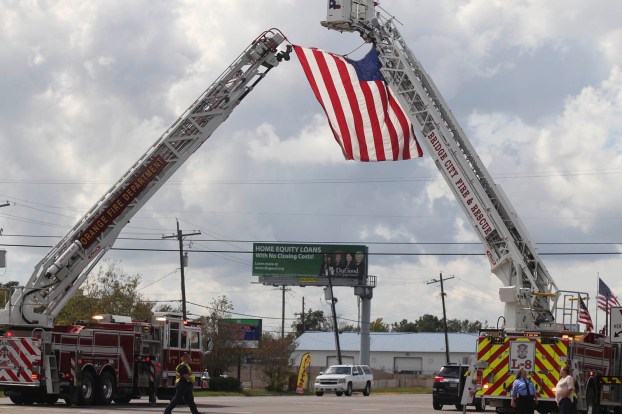 By Dawn Burleigh and Van Wade

He became a Deputy Sheriff in the Reserve Division in the Orange County Sheriff’s Office. Since 1985, public service was a round the clock commitment for him. Within three years, Manshack was promoted to the rank of Captain of the Reserve Division.  He served as the leader for up to as many as 42 peace officers.

In 2005, he left the Sheriff’s Office to join the office of then Constable Keith Merritt where he continued to volunteer his time and serve as Pct. 1 Deputy Constable.

In 2007, he was appointed by the Orange County Commissioners Court to the position of commissioner on the Emergency Services #3 board

In 1978, at the age of 22, he became Vice President of Manshack & Sons, Inc.  Manshack & Sons is a family-owned construction company that has been in continuous business since 1945.

He then went on to follow in his father’s footsteps and became the proud owner of Manshack and Sons, Inc. for 50 years. Bobby also served several years on the board of Orange County ESD #3. He adored his family more than anything and was a loving husband, father, and “PawPaw” to his precious grandbabies. Bobby left a lasting impact on many lives and will be dearly missed by those who knew and loved him.

Funeral services were held on Monday. Local fire departments and police departments gathered om MacArthur Drive on Monday with an American flag flying between two ladder trucks as the funeral procession passed underneath for a final send off to Manshack. Long after the procession passed, the flag continued to wave in his honor.

Honoring Bobby Manshack for his service