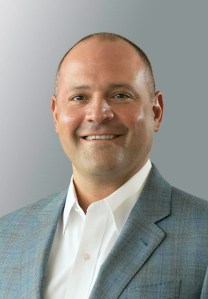 As Texas lawmakers meet this week for the third special session of the year, it’s easy to get drawn into the hot-button issues that amplify partisan and cultural divides. That’s the narrative we read about daily on the local, state and federal levels.

But on one of the key issues in this special session – how to spend $16 billion in federal stimulus funds — Texans, regardless of party, geography, and demographics, are in significant agreement about what they want our leaders to do.

And lawmakers have a generational opportunity to seize on that unified confidence from voters to assign those federal dollars toward big-picture, long-term improvements. These should be for infrastructure, technology, water quality and other projects that will have an immediate and sustained impact on the lives of all Texans, including in many rural communities.

That’s the key message from the most recent Texas voter poll conducted by our organization, Texas 2036. We are a nonprofit, nonpartisan policy organization focused on ensuring Texas remains the best place to live and work as we approach our bicentennial in 2036.

Our poll of 1,000 Texans shows that voters share similar concerns about issues the state is facing today and will face tomorrow — and that they expect state government to do something about it.

The poll shows that 92 percent of Texas voters are concerned about the state’s future — 58 percent of them are very or extremely concerned. And 52 percent believe the state is in worse shape than it was this time last year. Only 13 percent say the state is headed in a better direction.

Most strikingly, more Texas voters (26 percent), for the first time in six years of being asked this question, said they feel financially worse off than they did last year, compared to those (20 percent) who believe they are better off today than they were a year ago.

These results are consistent with other recent, statewide polls and should be deeply concerning to our lawmakers now gathered in Austin. But they also highlight the opportunity to use this one-time funding for large-scale projects that will reap economic dividends today and in the future in hundreds of local communities.

The data demonstrates that Texans share similar aspirations for our state. We see the same opportunities and want to capitalize on them. And we recognize the challenges that Texas must overcome to maintain and grow a thriving economy.

So let’s leverage this moment to work together and invest in Texas, in a Texas-size way.

A.J. Rodriguez is executive vice president of Texas 2036. He is former vice president for external affairs at Zachry Group and a city and Chamber leader from San Antonio.

OPINION – From the editor: Announcing the winners of the Best of OC

Dawn Burleigh,General Manager/Editor Inside this edition is a two-part special section of the Winners of The Best of Orange County... read more