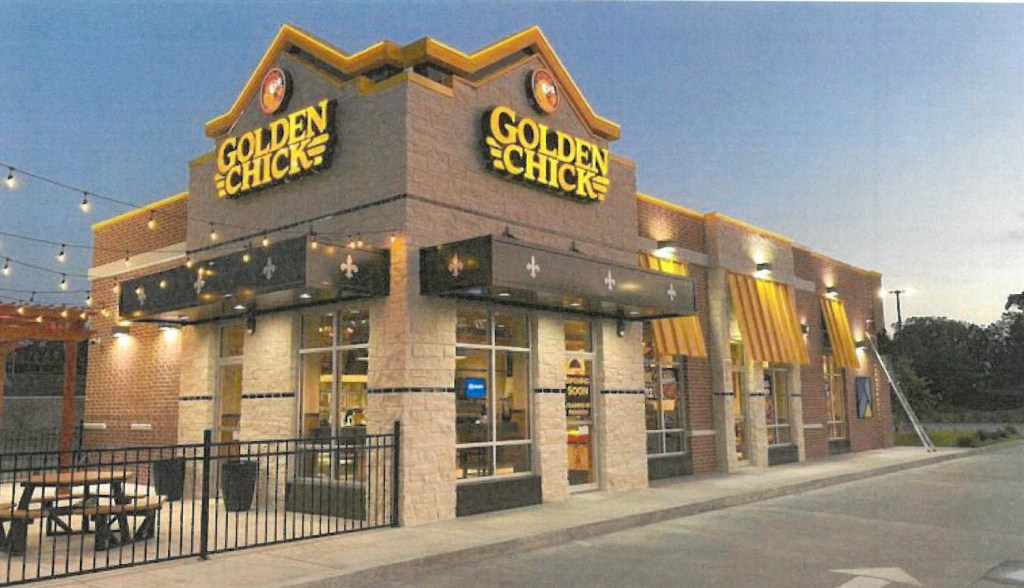 Courtesy photo An artist rendering of the new Golden Chick

Golden Chick, the Texas-based franchise known for its original and fan-favorite menu items, is cooking up a new offering for a limited time – Boneless Wings. Available in Classic Buffalo, Korean BBQ and Garlic Parmesan, Golden Chick’s Boneless Wings are everything its guests have been wanting and more.

With the nationwide current bone-in wing shortage, Golden Chick is excited to give customers a new and improved option available in-store, drive-thru, and from third-party delivery services. Now guests can enjoy wings faster and more conveniently than they ever thought possible as Golden Chick has partnered with UberEats to provide $1 off Boneless Wing orders and free delivery.

“As a Texas-based brand we understand the dominance chicken wings have in our state, especially during football season,” said Jim Stevens, president of Golden Chick. “Our team has created a premium menu item that satisfies cravings with convenience so guests can enjoy their meals at home for the big game or on the go!”

The new Boneless Wings are coming in hot in and are available in six, 10 and 24 entree or combo options, including:

All combos come with the choice of one side, fresh-baked roll and dipping sauce.

With football season just around the corner, Golden Chick is offering special discounts available only through its mobile app, including:

“Our Boneless Wings have been carefully marinated to lock in amazing flavor in each bite,” said J. Sullivan, Golden Chick’s executive chef. “Whether you order them in Classic Buffalo, Korean BBQ or Garlic Parmesan, you’re in for a treat.”

Golden Chick’s Boneless Wings will be available at all locations starting Monday, September 13.