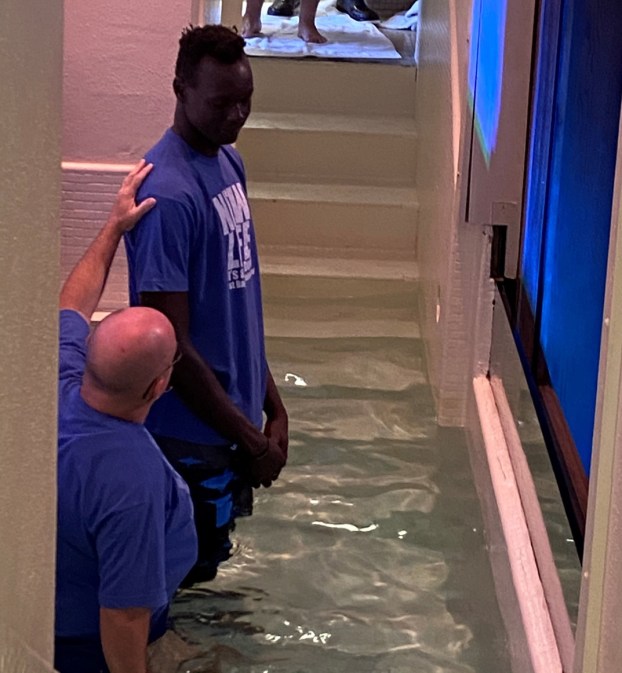 OPINION: THE IDLE AMERICAN: Now They Can Be Told

Preachers, bless ‘em, don’t have to look hard for reasons to laugh. Some are able to put laughter “on hold,” restraining guffaws until sermons end; others can only surrender to the humor of the moment.

This day, I’ll address the “long and the short of it,” The former, Dr. Bruce McIver, was a student participant in Baylor University’s “great revival” in the 1940s. For decades, he jotted down details of his “preacher pratfalls.” (He died at age 76 in 2001, having served for 30 years as pastor of Dallas’ Wilshire Baptist Church.)

He spent a good chunk of his retirement years writing, including a popular book with which preachers of all stripes can identify: Stories I Couldn’t Tell While I Was a Preacher….

What with social media “nooked and crannied” along the way, it is usually best–or at least just as well–for preachers to “loosen up” and simply join congregants in laughter.

So it was on a recent Sunday at Plainview’s First Baptist Church, where the “long and the short of it” played out with the baptism of Wayland Baptist University basketballer Deng Bol Yol, a South Sudanese senior who was a refugee to Uganda

Guided by fellow student Cole Rubac and by WBU’s Director of Spiritual Life, Rev. Donnie Brown, Deng accepted Christ this summer, having been baptized as a lad, but without realizing what it meant. So, he wished to be baptized by Brown, who is 5-5, while Deng stands 6-11….

Brown, with 34 years in ministry and a veteran of whatever can get off the rails during a church service, figured they’d best make a “dry run.” After all, Deng would be the tallest person he’d ever baptized.

They made a weekday visit to the church; Donnie was relieved to see a chair in the baptistry.

The rehearsal went well. The chair was out of sight in the baptismal pool. Deng was seated, and Brown leaned Deng’s upper body “forward and under” so he would be fully immersed. There was, however, a slip “twixt cup and lip.”…

Dr. Jacob West, FBC lead pastor, opened the service by baptizing two children–Hailey Zacher, 10, and Chasen Fortune, 9. They are of usual size, and no chair was needed.

Brown, realizing the baptistry was “chairless,” didn’t panic. Someone quietly returned the chair, and just in time. Unaware of the quiet movement involved in getting back into place, the audience gasped when they noted the 18-inch difference in height. Then, they offered thunderous applause.

Brown capped off proceedings with an observation suggested by a Wayland faculty member: “Deng is not the only one who can dunk.”….

Dr. Chris Liebrum, another religious leader, has a catalogue of “things gone terribly wrong,” and points out that most “extraordinary happenings” simply cannot be foreseen.

He remembers a “country club wedding” where he was the officiant several years ago.

The MOB (mother of bride) had planned the event meticulously. She loved the carefully manicured grounds, but still ordered truck loads of additional flowers, engaged harpists and “hired” a couple of homing turtle doves that would be loosed when “man and wife” traipsed back down the flower-decked path….

Simply put, I guess, is that the doves didn’t get the memo. One of them flew skyward, circling high above the ceremony for a few minutes before returning to his (or her) waiting keeper back on the ground.

Who knows how or why the other dove forgot its training. It was theorized that perhaps the bird saw an insect crawling on the ground and decided to have a snack.

Well, just as the bird reached its prey, a stray cat jumped from a bush, and, well, you can guess the rest. They said everything had gone perfectly until the very end of the ceremony–and, of course–the turtle dove….

OPINION: THE IDLE AMERICAN: Doctors have a ‘word’ to say

Most hunters are so gung-ho, they’ll hunt anything that’ll run from ‘em. Similarly, TV news folks salivate at the prospect of... read more