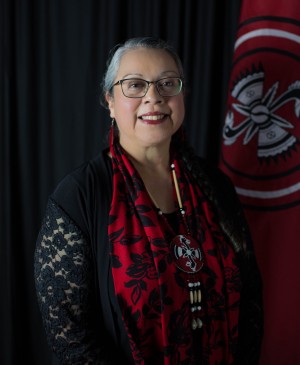 Businesses large and small, including Tribal gaming, suffered setbacks last year at the hands of the COVID-19 pandemic.  A newly released report from the National Indian Gaming Commission stated that Indian gaming revenue across the country decreased nearly 20 percent in the fiscal year 2020. This decrease had a major impact not only on the tribes who operate these facilities but also on the surrounding communities that depend on tribal gaming as a source of economic activity.

The Alabama-Coushatta Tribe of Texas certainly saw and felt the decline of much-needed revenues at Naskila Gaming, the electronic bingo facility operated by the Tribe on our reservation near Livingston. Like most gaming facilities around the country, Naskila was closed for months last year in order to protect the safety of guests and employees.

While the new federal report underscores all the challenges that tribes faced last year, we the Alabama-Coushatta Tribe, recognized the importance of showing our appreciation for our employees.  As other facilities shut down and unfortunately left their employees to fend for themselves, we made the decision to continue paying Naskila employees their full salaries and benefits even when the facility was closed. This decision was made in order to support the employees and their families who depend on Naskila for their livelihood, and we know it was the right thing to do.

The impact of Naskila’s closure on the East Texas economy could have been severe. After all, 700 jobs in our region are tied to Naskila, which is the second-largest employer in Polk County.  However, our decision to continue paying the employees alleviated the burden on our local economy and saved the state millions of dollars in unemployment payments.

Naskila reopened last fall with the safety of employees and guests in mind all the while trying to prevent the spread of COVID.  And though the Tribe values and has had the best intentions for its employees and guests, the state of Texas does not share that same view towards the Tribe. As our team of employees continues welcoming guests into the facility, the State of Texas is trying to shut down Naskila. If successful, the state’s effort would deal a devastating, lasting blow to the East Texas economy and to the lives of our employees.

Fortunately, Republican and Democratic allies in Washington are trying to help; the U.S. House passed legislation earlier this year to clarify that Naskila can operate under federal law, which would effectively end the state’s shutdown efforts.  This legislation must now pass the U.S. Senate. Texas Governor Greg Abbott and Senator John Cornyn have spoken out in favor of shutting down Naskila and putting our employees out of work. If they are successful, the East Texas economy will lose a major source of jobs and revenue — neither of which can be easily replaced. Dozens of business and civic groups agree and have spoken up in favor of keeping Naskila open.

We knew that it was important to be there for our employees during the trying times the whole world was facing. Now we are asking our state’s highest elected leaders to be there for East Texas. After this very difficult period for all of us, our region needs the stability of knowing that Naskila will be open and able to provide employees’ paychecks and health benefits for many years to come.

Nita Battise is Chair of the Alabama-Coushatta Tribe of Texas Tribal Council.

Mary Ekene This Thursday August 26th, the NAACP will host another LIVE about health and wellness. Dr. Louis Gilbert along... read more