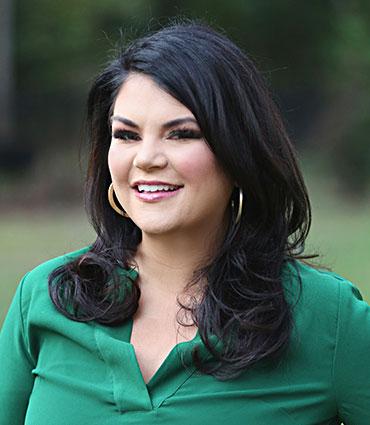 OP-ED: Why Americans should care about Afghanistan

It’s 4 a.m. in Charlotte, North Carolina, and 12:30 p.m. in Kabul, Afghanistan. After 72-hours of communication between several Veterans Service Organizations and members of Congress, Afghan families that supported our brave men and women in the U.S. military were safely relocated from Afghanistan and out of harm’s way from the Taliban. But there are still tens of thousands of Afghans needing refuge.

So why should Americans care about Afghanistan?

As I watch the news out of Afghanistan, I can only reflect on what this means to Veterans and their families, Afghan interpreters and their families, and my very own family. Afghanistan is now under the control of the Taliban who provided aid and comfort to the terrorists who attacked our country on September 11, 2001, the reason my husband joined the U.S. Army. That same group changed my family, and many others, for a lifetime.

On April 24, 2010, my husband, SGT Mike Verardo, was catastrophically wounded at the hands of the Taliban while serving in Afghanistan. His brothers-in-arms died there, giving their last full measure of devotion. He left pieces of himself there, both literally and figuratively. If it weren’t for Mike’s brave Afghan interpreter who served with the men of the 508th Parachute Infantry Regiment in Afghanistan, we wouldn’t have my husband and the father of our three beautiful daughters today.

While my husband’s life will be forever changed, undergoing over 120 surgeries since serving in Afghanistan, our daughters will always know what it means to love our country and the flag deeply – and that all who serve risk coming home under it. We’ll always openly communicate with them about those who never made it home, the brothers-in-arms who served alongside their daddy, including the brave Afghan interpreters.

U.S. troops have mostly withdrawn from Afghanistan, but the brave Afghans who embedded with them were promised after good and faithful service to America, they’d receive Special Immigrant Visas to reside in the United States, in safety. The heroes who worked alongside my husband to keep terrorism off our shores, and help the Afghan people stand on their own, are now killed because they served their government at that time. Afghan national security supported American national security, and by compromising our promise, we compromise our international standing, and by that, our national security. I ask all Americans to stand with me to bring these interpreters to safety now.

We have hours – literally hours – if that, to secure evacuation for combat interpreters and their families.

And they are not alone. We need to also focus on at-risk Veterans in the U.S. who are looking at the mess that is Afghanistan today and remembering their fight and the fight of those interpreters. Furthermore, we need to assist the Caregivers and families of these Veterans in ensuring they have the tools and resources necessary to support their Veterans as they struggle here at home. We can save lives on two different continents if we get this right. If we don’t, we’re going to lose lives at home and abroad, both U.S. Veterans and fellow Afghan warriors.

The sacrifices these Afghan warriors made to keep America safe shouldn’t be overlooked or taken for granted. How we honor today their sacrifices of yesterday will be analyzed intently by both our allies and potential adversaries tomorrow and for years to come. And that is why Americans should care about Afghanistan.

Swiftly evacuate our Afghan interpreters and their families now and bring our American civilians in Afghanistan home safely now. Every hour that goes by, we risk the loss of life.

Mr. President, the time is now.

Sarah Verardo is Chief Executive Officer of The Independence Fund, a charitable organization focused on serving catastrophically disabled Veterans, supporting their families, and preventing military and Veteran suicide. She is the wife and VA-designated Caregiver to her husband, SGT Mike Verardo, USA (Ret), who was awarded two Purple Hearts and was catastrophically wounded during his 2010-11 deployment to Afghanistan with the 2nd Battalion, 508th Parachute Infantry Regiment.

OP-ED: My Five Cents: Redistricting committee to redraw the boundaries