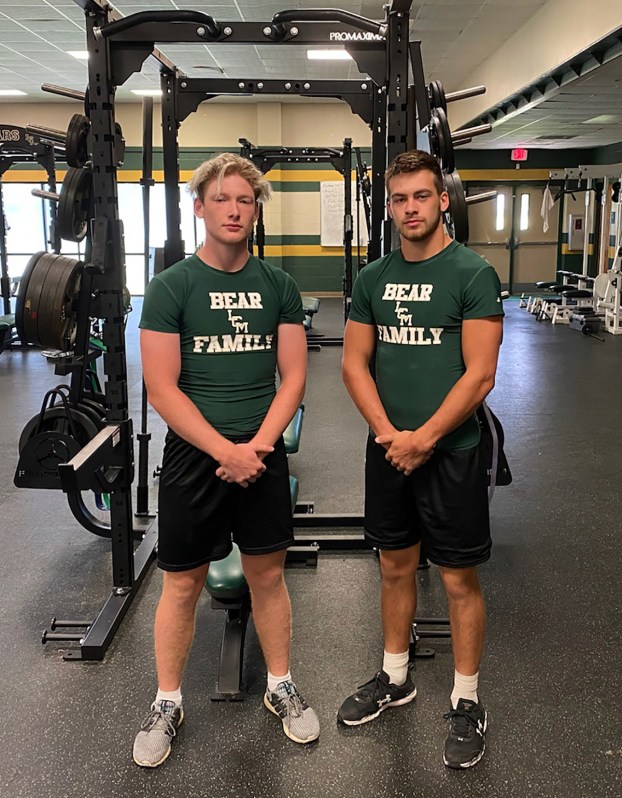 Last football season didn’t quite go the way Little Cypress-Mauriceville had planned, but a new coaching staff along with returning leadership has the team looking like a serious competitor. Seniors Andy McDow and Ashton Landry are prepared to step up as the leaders for this year’s squad.

Landry, who plays quarterback for the Bears, spoke about what leadership means to him- “It’s one of the best feelings. It drives me to be better every day, even outside of football. I like being the best I can, especially for the community.”

McDow leads his position group on both sides of the ball and says the leadership role “brings a heavier weight, being relied upon to help build everybody together and help shape the team.”

Even with that added responsibility, both players are enthused about the upcoming season; especially when it comes to the new coaching leadership. Little Cypress-Mauriceville hired Eric Peevey as their head coach at the start of 2021, and he’s helped revamp the image around the team.

Landry couldn’t wait to brag on the Bears’ new coach. He went into detail about the biggest changes to the program: “Belief is definitely the biggest thing. Everyone’s here, the numbers are great, and when you walk around the locker room everyone believes there’s something special going on here. And I think that feeling will last for years to come.”

Landry seems to be riding this wave of enthusiasm, showing great commitment to improving his game. He says his favorite part of playing for Coach Peevey is that he pushes his players to play at 110% every single down.

McDow also told us that the first few weeks with Coach Peevey have been great, adding, “things have been more strict and disciplined, which is really important to building a good team. My favorite part so far has just been the energy he brings to the team and how badly he wants to win a state title.”

With the Bears newfound emphasis on belief in success, the seniors are locking on to their goals for the upcoming campaign. McDow said, “I just want to go as far as we can as a team, especially into the playoffs. Individually, I just want to become the best player on both sides of the ball that I can be.”

Landry has some lofty expectations as well, showing a real sense of pride in being a team player. “Honestly, I just want to have the best season that I possibly can. Really, I just play for my teammates and for the school especially. I take a lot of pride in playing for LCM.”

With their goals fully within reach, we finished our interviews by asking Landry and McDow how it feels to have a sense of normalcy back for their senior year. “It’s very exciting. It was nerve-wracking last year not knowing whether COVID was going to end your season. With everything getting closer to normal, it’s a big relief.”

McDow had a much simpler answer- “Honestly, it doesn’t really matter to me as long as we’re playing football.” He should get his wish this year. Fans should certainly watch for McDow and Landry to help lead this new-look LCM team back to their winning ways.

LITTLE CYPRESS – Everyone is pumped up in “Battlin’ Bear Country” as Little Cypress-Mauriceville looks forward to turning things around... read more