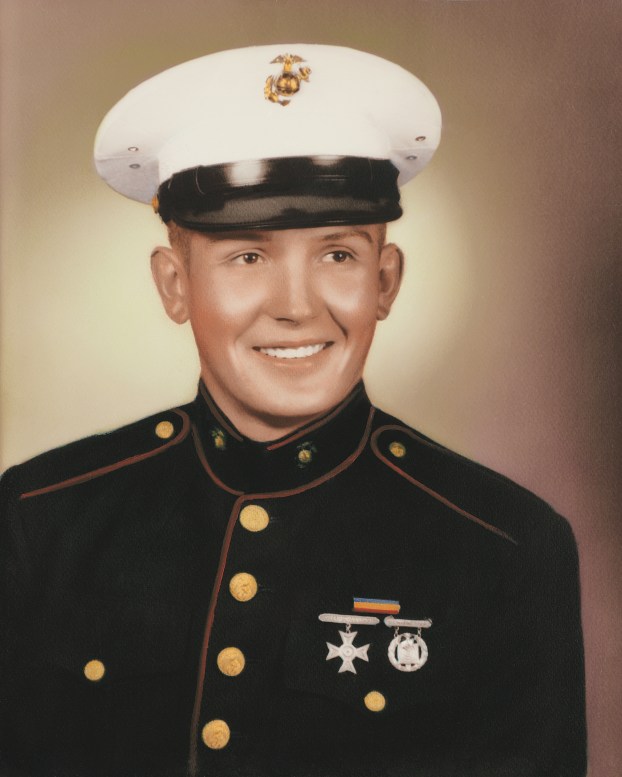 Known also as “Dad” and “Paw-paw,” Eddie Colebrook was a role model of perseverance and kindness. He was born in Calgary, Alberta, Canada and orphaned at an early age. His foster mother, Helen Sandvig, brought him to Orange, Texas just prior to his senior year of high school. There he met his future wife, Judy Eikenhorst.

When his foster mother needed to return to Spokane, Washington, Eddie remained in Orange. He stocked grocery shelves in the morning prior to class and worked several after-school jobs. When Lannie and Marjorie Claybar heard about this enterprising young man, they offered to bring him into their family. Eddie became a big brother to their sons, David and Brown. He even built a complex model train city in one of their rooms. Eddie also helped Lannie with the family funeral home business. Recently, Brown recounted stories about how fiercely supportive his father and mother were of Eddie.  At the same time, David Claybar spoke fondly of Eddie and praised him as “a good man, honest and loyal, on the side of right for the right reasons.”

After graduation from Lutcher Stark High School, Eddie joined the U.S. Marine Corps. His notable map-reading skills allowed him to lead artillery teams in the field. He told fond and not-so-fond stories about being a Marine. One story involved being told to eat the entire shoebox full of chocolate fudge his wife-to-be mailed him.

Upon returning to Orange, Texas, Eddie became a naturalized U.S. citizen, began working at Firestone Tire and Rubber, and married Judy Eikenhorst in April, 1959. They had two daughters, Cathy and Susan.

Eddie’s love of the mountains and of travel led to amazing family vacations to the western U.S. and Canadian national parks. On one month-long vacation, he towed a camper and immersed his family in the outdoors. These vacations also had another purpose. Eddie had memories of an older sister in Canada. He and his family visited the orphanage, Wood’s Christian Home, looking for clues. Eddie did indeed find his sister, Marie, in Vancouver, British Columbia. His perseverance paid off.

While working at Firestone full-time for 37 years, Eddie also attended Lamar University full-time, earning a Bachelor of Business Administration. He was a role model of perseverance on many fronts.

Eddie was also a man to give one the shirt off his back. He picked up stranded motorists, purchased hot meals for the homeless standing on street corners, rescued many homeless animals, and gave of his time and treasure to those in need. Kindness and a steadfast drive to support his family were his hallmarks. He encouraged his daughters to pursue their dreams. Whenever they needed him, he was always there.

In his memory, donations may be made to the Humane Society of Southeast Texas, 2050 Spindletop Road, Beaumont, Texas, 77705.