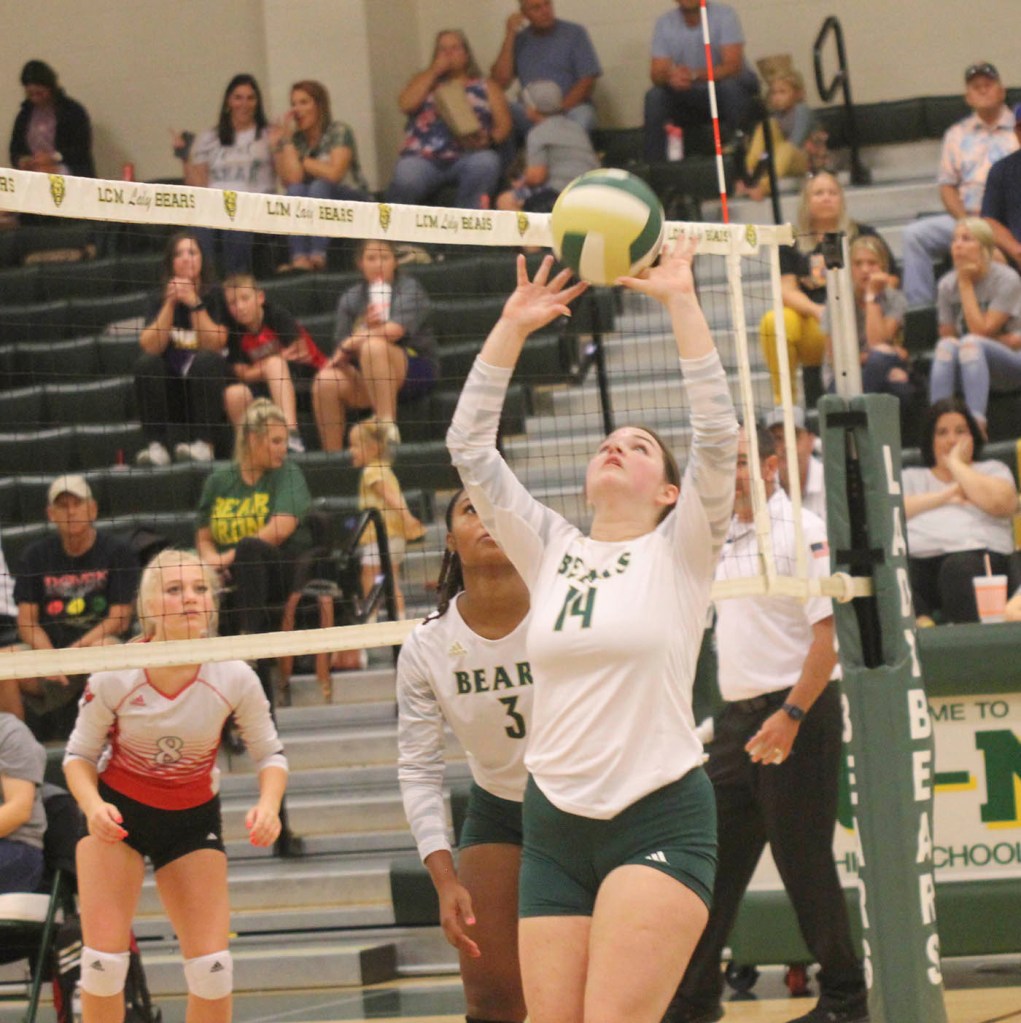 ITTLE CYPRESS – There is no question that when Little Cypress-Mauriceville’s Trinity Williams’ big kill shot went over the net, there was a huge sigh of relief for the Lady Bears as they were able to outlast the feisty Deweyville Lady Pirates in five grueling games 21-25, 25-14, 22-25, 25-17, 15-13 at the Grove Tuesday night.

Both teams battled so hard throughout the match and it featured two huge hitting performances from Deweyville’s Aleigha Raymer and LC-M’s Kylie Ford.

Raymer was on point for the Lady Pirates all night as she put up a whopping 23 kills. Ford had an amazing outing as well for the Lady Bears, finishing with 17 kills.

The Lady Bears finished with 50 kills while the Lady Pirates had 42.

LC-M had a great performance with their service game as they racked up 52 points and 20 aces while the Lady Pirates had 40 points and seven aces.

The Lady Pirates controlled Game One all the way through after snagging an early 9-3 and then fended off a late LC-M run.

The Lady Bears went on a 16-8 spurt to start Game Rwo and controlled it the rest of the game.

Deweyville finished Game Three strong, getting a kill from Raymer to grab the tight game win.

The Lady Bears led Game Five by as much as 14-9 but the Lady Pirates battled back to within 14-13 as Raymer and Henson each had key kills. Williams then rose up to the challenge to give the match to the Lady Bears.

The Lady Bears will venture to the Dayton Tournament starting Thursday.

The Lady Mustangs return to action Thursday and Saturday at the Warren Tournament and will visit Beaumont Legacy Friday.