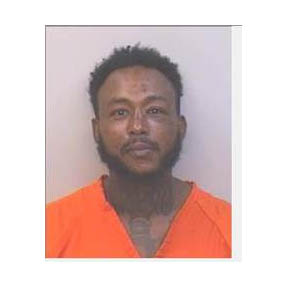 On Monday, August 16, 2021 at 2:34 p.m. Officers with the Lake Charles Police Department were dispatched to the 1000 block of North Martin Luther King Highway in reference to a shooting.

Upon their arrival, Officers discovered a single male victim with a gunshot wound. The victim, after being transported to local hospital, was treated for non-life threatening injuries.

On Tuesday, August 17, 2021, Detectives located the suspect, 32-year-old Jeremiah Shawte Spillman, and after interviewing him, obtained an arrest warrant. He is charged with one count of aggravated battery and one count of obstruction of justice. Judge Tony Fazzio set bond at $85,000.

The lead investigators are Sgt. Willie Fontenot and Sgt. Larry Newingham. Anyone with additional information is asked to contact these detectives by calling (337) 491-1311.