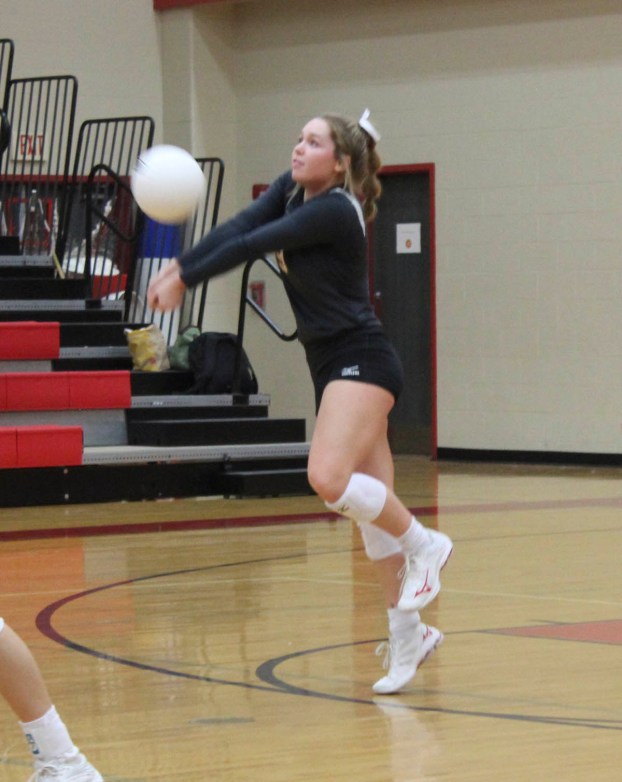 That’s what the Bridge City Lady Cardinals did in their 2021 volleyball home opener as they dominated the Beaumont United Lady Timberwolves 25-12, 25-8, 25-11 at Cardinal Gym Tuesday night to improve to a perfect 11-0 on the young season.

The Lady Cardinals controlled the match in every way possible.

Bridge City dominated with their service game as well. The Lady Cardinals scored 48 points while serving, including a whopping 13 aces while the Lady Timberwolves only mustered six service points and two aces.

Demi Carter had six kills for the Lady Cardinals. Louvier finished with five while Carpenter had four, Gracelon Freeman three and Doiron two.

Makenna Carey notched three points and an ace and Ashley Hale had a point.

Jalisse Weaver, Priscilla Morris and Trenity Vallery all had two kills while Niya Jackson had one. Weaver served up four points and two aces for the Lady Timberwolves while Morris and Vallery had a point apiece.

The Lady Cardinals, fresh off of winning the Lumberton Tournament last weekend, will venture to a highly-competitive Dickinson Tournament this Thursday through Saturday and will go to Liberty Friday.

The Orangefield Cross Country Team competed well in their first action of the year at the Huffman Cross Country Meet.... read more