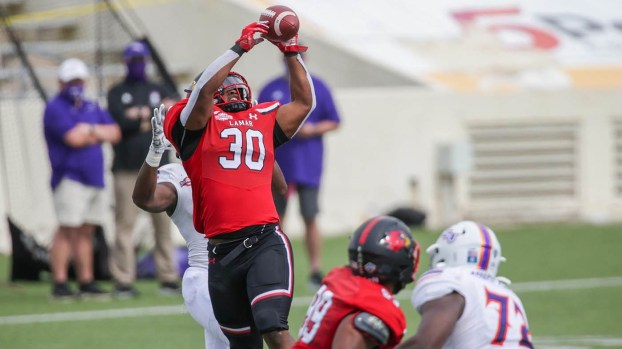 Lamar reports to camp, ready to roll in WAC

BEAUMONT, Texas – The calendar has flipped to August and with that programs are opening preseason camp for the start of the 2021 season. It was the same for Lamar University as more than 100 players reported to the Dauphin Athletic Complex Thursday morning for the start of workouts.

The 2021 report date marks a unique time in program history – and for the majority of all NCAA FCS programs. For the Cardinals, it marks the second season under head coach Blane Morgan and the first as a member of the Western Athletics Conference (WAC). Just as important as the school’s first season in the WAC, this season marks the first-time players report to camp just four months after finishing their previous season.

Due to the COVID-19 pandemic, and the unprecedented steps taken by the NCAA and the Southland Conference, all conference competitions during the fall 2020 semester were postponed until the spring. That decision forced LU to move their regular season start date to late February, with the regular-season finale taking place in April. Despite the short turnaround, the players are back on campus and preparations are now underway for the start of the 2021 season.

After checking in, the players spent the morning and early part of the afternoon going through picture day, before taking part in their first official team meeting of the season. Big Red will hit the practice field for the first time Friday.

Similar to last season, the Cardinals will be youthful, but unlike last year, Big Red returns the majority of their team. LU entered the 2020 season with a huge disadvantage in experience at pretty much every position, with a depth chart dominated by true freshmen and sophomores. In 2021, the Cardinals return the majority of a squad that shocked the league with wins over McNeese and Northwestern State.

Big Red kicks off the season Thursday, Sept. 2, against North American. The game against the Stallions will kick off at 7 p.m. from Provost Umphrey Stadium.

The Orangefield Bobcats look to zip back into the postseason for the second straight year for Coach Josh Smalley as... read more