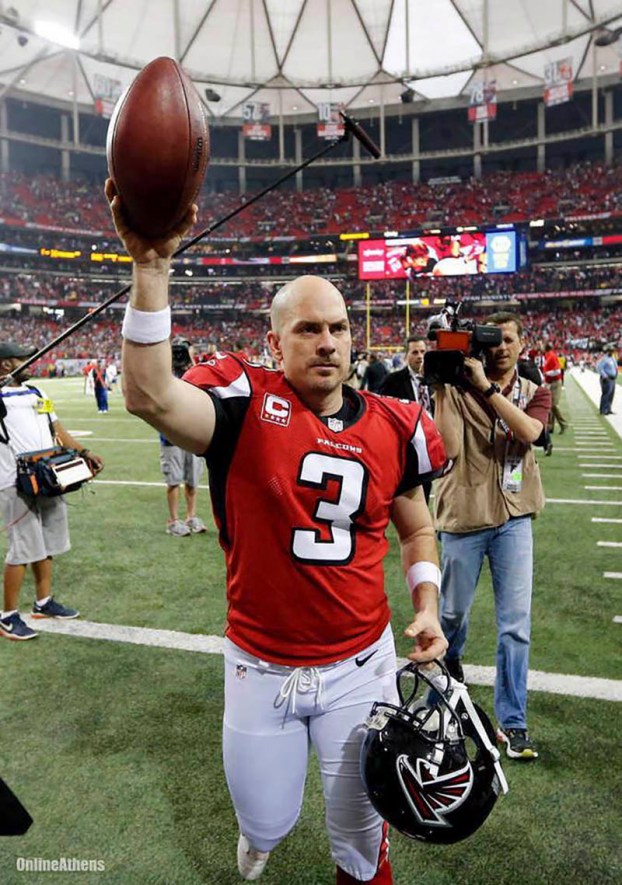 Bryant to be inducted into Trinity Valley CC Hall of Fame

Four new members have been selected to become the 2021 class for the Cardinal Hall of Fame at Trinity Valley Community College, including former Bridge City standout and NFL kicking great Matt Bryant.

“We are very excited about the inductees selected (for the hall of fame) this year,” said Eddie Kite, director of athletics and a member of the hall of fame selection committee. “All four played vital roles in contributing to the success and tradition on which our athletic programs are built.

“It will be an honor to have them back on campus and recognize them for their contributions.”

The hall of fame’s 11th class is scheduled to be inducted on Saturday, Oct. 23 at 9 a.m. The induction breakfast will be held at the Student Union Building ballroom.

In his 17-year NFL career, Bryant had a lot of important and memorable kicks. None more so, however, than one as a Cardinal in 1994.

With 3:08 left in the NJCAA Shrine Bowl against NEO at Rose Stadium in Tyler, he used his bare right foot to split the uprights with a field goal from 22 yards out to tie the score at 17-17 and eventually send the game to overtime. The Cardinals would go on to win 24-17, claiming their first national championship and capping a perfect 12-0 season.

In his two years at the college, Bryant was a two-time NJCAA All-American and two-time all-conference selection. The Cardinals were 20-1-2 with a pair of bowl victories.

Bryant moved on to Oregon State, but wound up at Baylor, where he was 42-of-42 on career PATs and 21-of-20 on career field goals. His 21 field goals placed him fifth in Baylor history. He still holds the Baylor record with his 100 percent PAT rate.

After playing stints with the Iowa Barnstormers and Berlin Thunder, Bryant signed with the New York Giants in 2002. He would go on to play with five different teams in the NFL over the next 17 years, the last 11 of which were with the Atlanta Falcons.

In 2016, he and the Falcons played against New England in Super Bowl LI. He became the third-oldest player to ever appear in a Super Bowl. He also received a Pro Bowl nomination in 2016.

Bryant was recruited out of Bridge City High School by Randy Pippin, a member of the Cardinal Hall of Fame.

He and his family currently reside in Orange Beach, Alabama.